We woke up to a beautiful morning with no smoke. When we left the hotel, we weren’t sure where we were going to go but first we had to get some breakfast. Tommy asked someone at the gas station where we could get a good breakfast sandwich. He was told to go to the Montana Nugget Casino and we did.

As we looked at the map trying to decide where we should go, Tommy said we should go to Idaho. 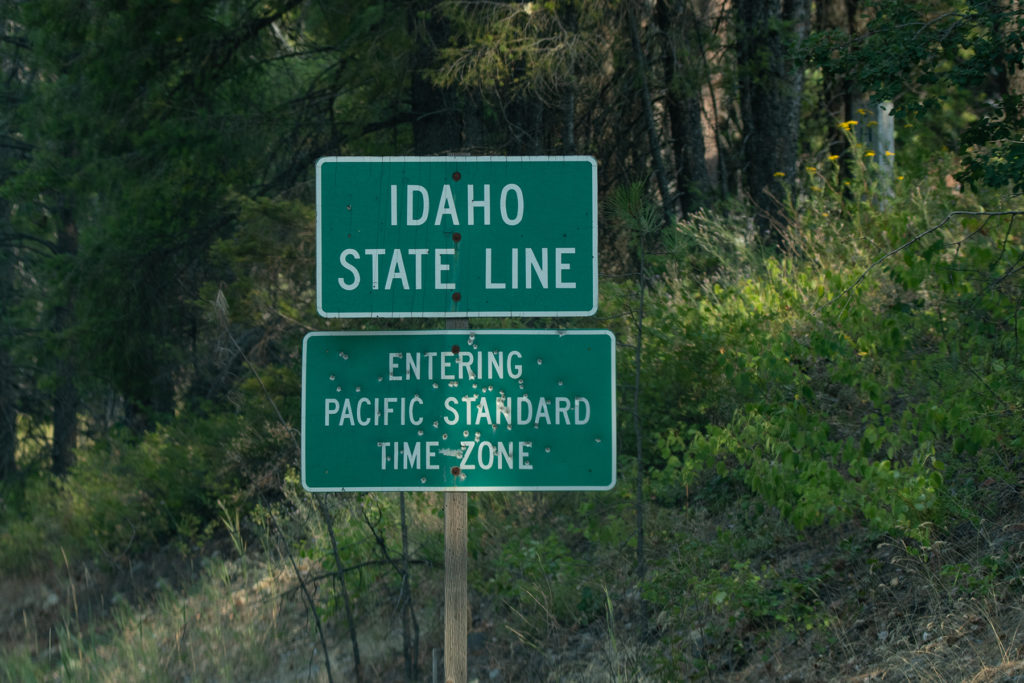 And when we realized how far north we were, we decided to drive up to Canada. Since neither of us has a current passport we couldn’t go across the border, but we got close.

We saw this nest before we saw the bird in it and thought it was an eagle’s nest. As we zoomed in, we realized it wasn’t an eagle. Sent the picture to Evan who identified it as an osprey. Cool! 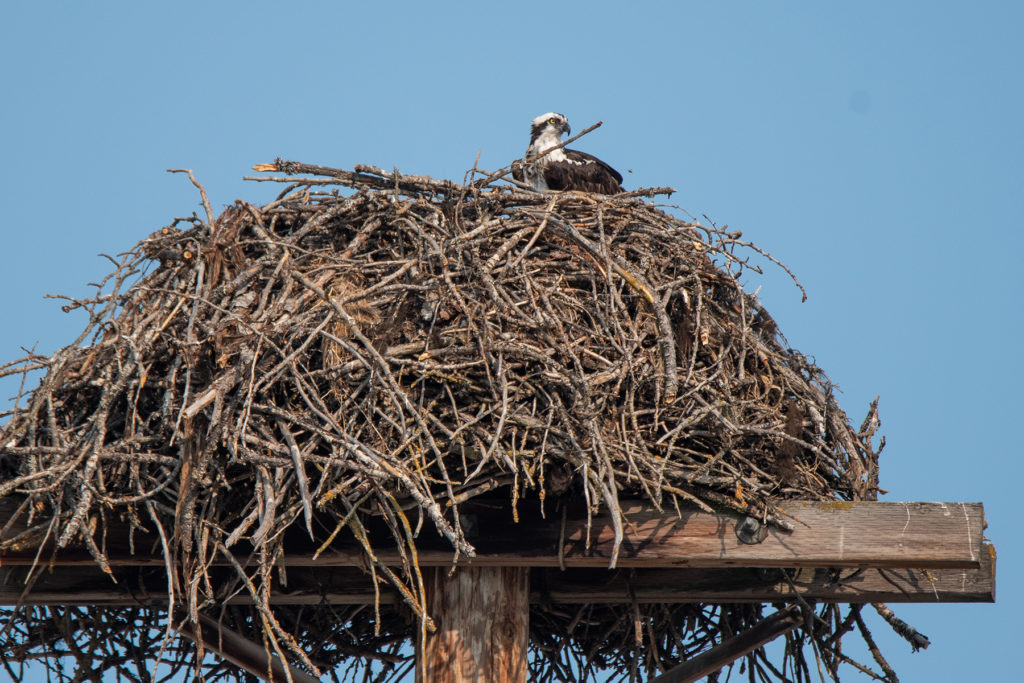 We drove into Bonners Ferry to go to the Visitors’ Center and saw this grain elevator. Have never seen one like this. 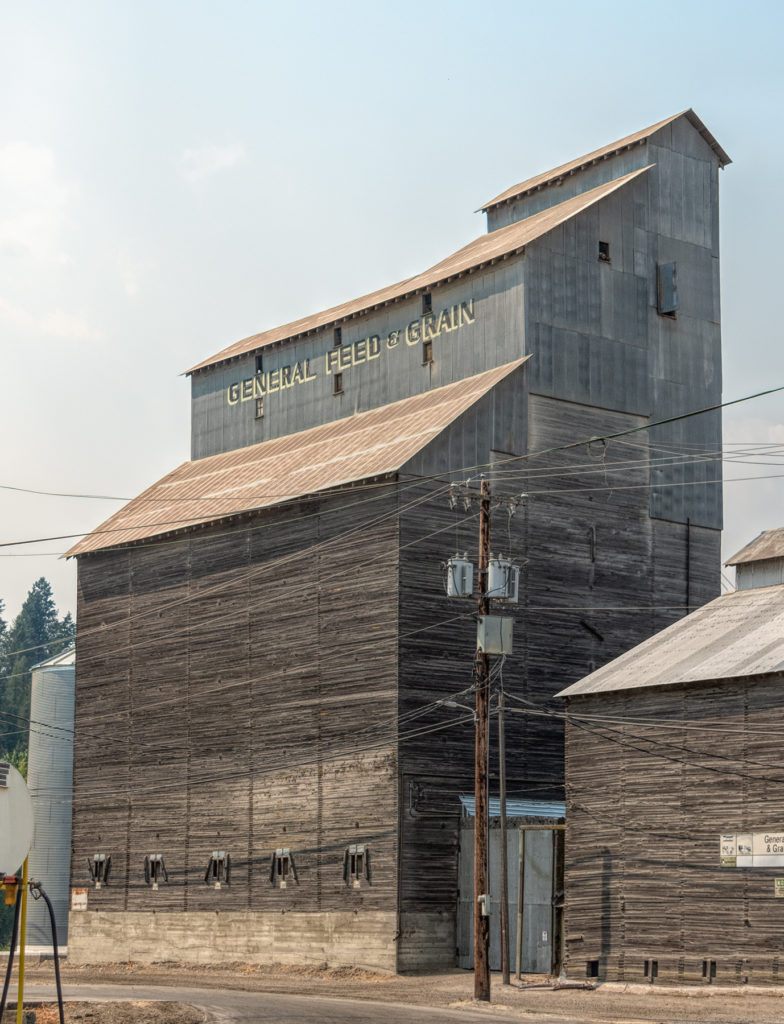 In a few towns we saw these fish. I guess trout fishing must be good there.

We drove Hwy. 37 along Lake Koocanusa. We drove up to the dam on one side and then along the lake on the other side. The lake is 93 miles long!

We found a quilt barn in Eureka, MT. 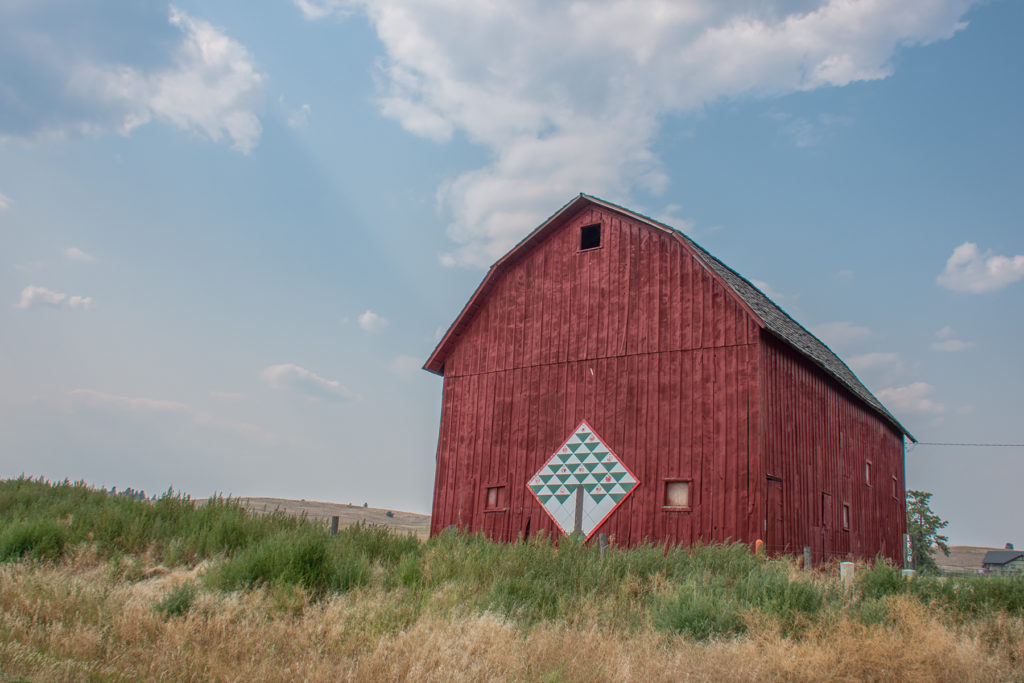 And another nest of ospreys. Look closely and you will see three in this nest. 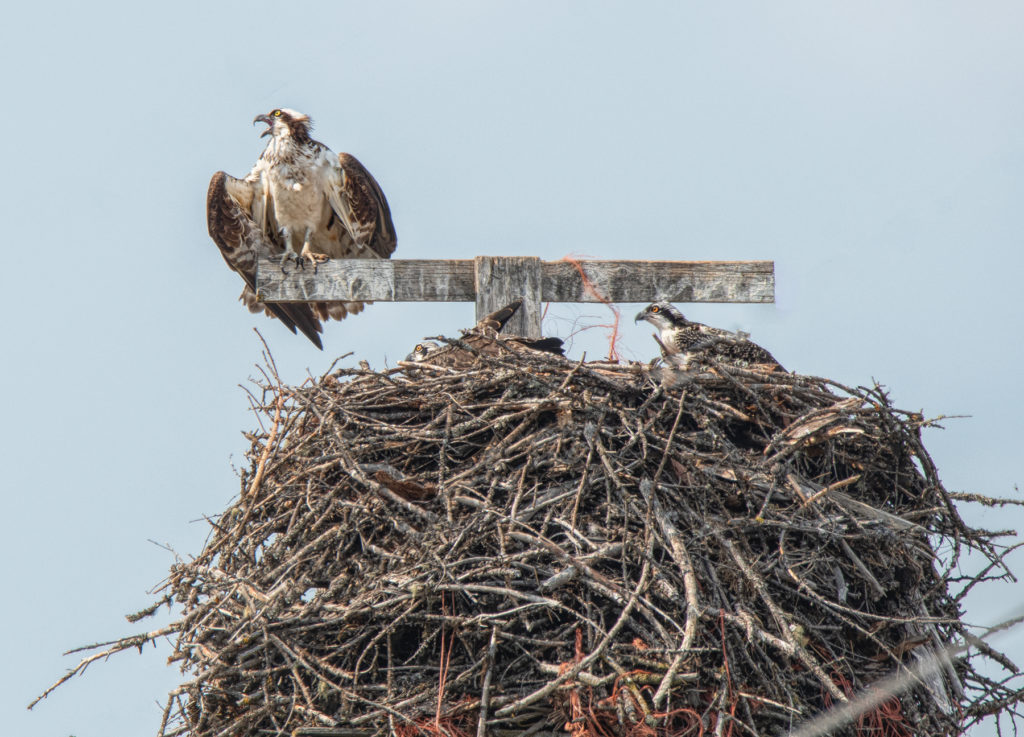 It was a really nice 400 mile drive. Parts were beautiful, parts smoky and some boring. The lakes and rivers were so pretty. We arrived back at the LaQuinta in Kalispell and got dinner from Applebees.