One of the luxuries of not having a plan to stick to is we could be lazy if we wanted; we decided to do just that. We left the hotel finally at 9:40 and did the usual “first morning” stuff–gas, ice, breakfast. We headed north towards North Dakota.

At about 11:40 AM we drove into Hoven, SD to see the Cathedral on the Prairie. Spectacular! 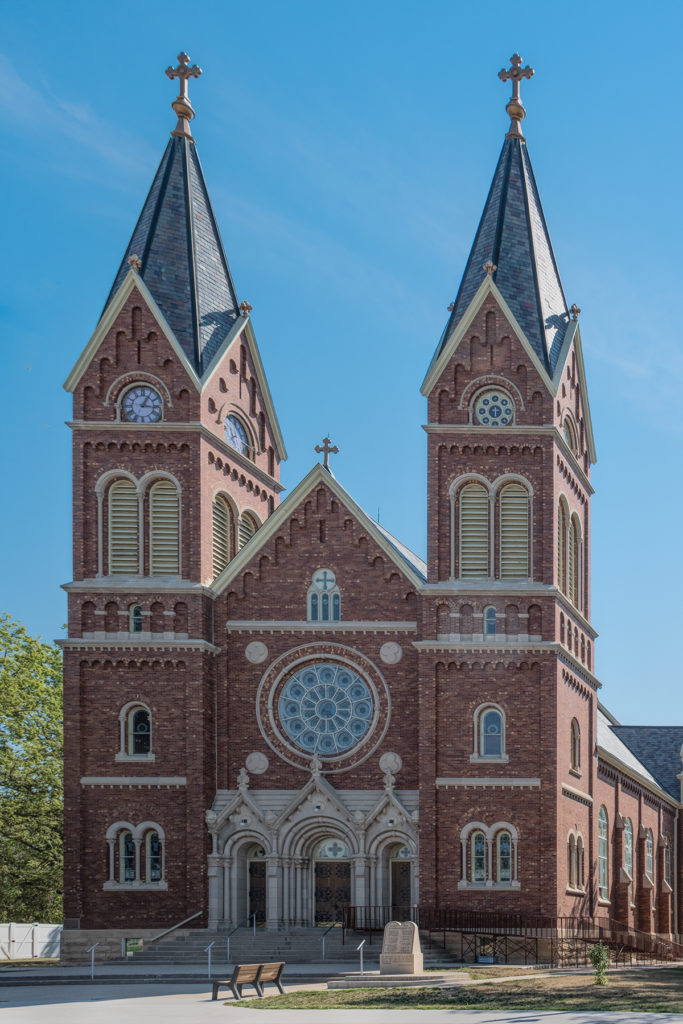 Since we had no place in particular in mind to visit in North Dakota, we decided to go to the North Unit of the Roosevelt National Park (we had previously gone to the South Unit). Along the way we saw:

Lawrence Welk’s birthplace in Strasburg, ND. I wonder how many people now know who Lawrence Welk was.

Along our way we decided to stay the night in Watford City, ND, and go to the Roosevelt National Park the next day. But, we still had a lot to see before the day was done.