This morning I was in the back of the house and I heard Bubba going absolutely crazy. It was more than “there’s someone walking in front of my house or there’s a cat in my yard” crazy. So I walked in to find out what was going on–he saw a turtle in the grass. By that time Tommy had come in to see what Bubba was barking at. He decided to let Bubba go out, in the pouring rain mind you, to check out the turtle. It was hilarious! The first picture is Bubba barking at the turtle. He would circle around it and bark at it from all different angles. 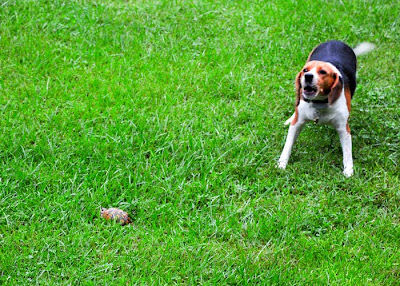 This second picture is what happened when the turtle decided to move a bit. Doesn’t it look like Bubba is jumping out of his skin? He is such a big wuss! 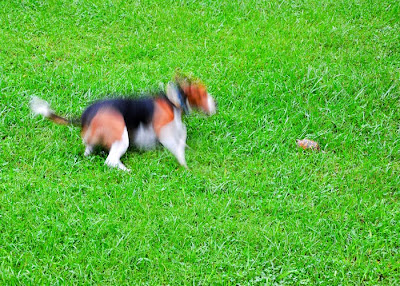