After having lunch at the World’s Largest Porch Swing in Hebron, Kansas, we headed west again. We were going to try to find someone harvesting in a field. We had to turn off of Hwy. 36 and go up a dirt road for just a bit, but I was sure glad we did! 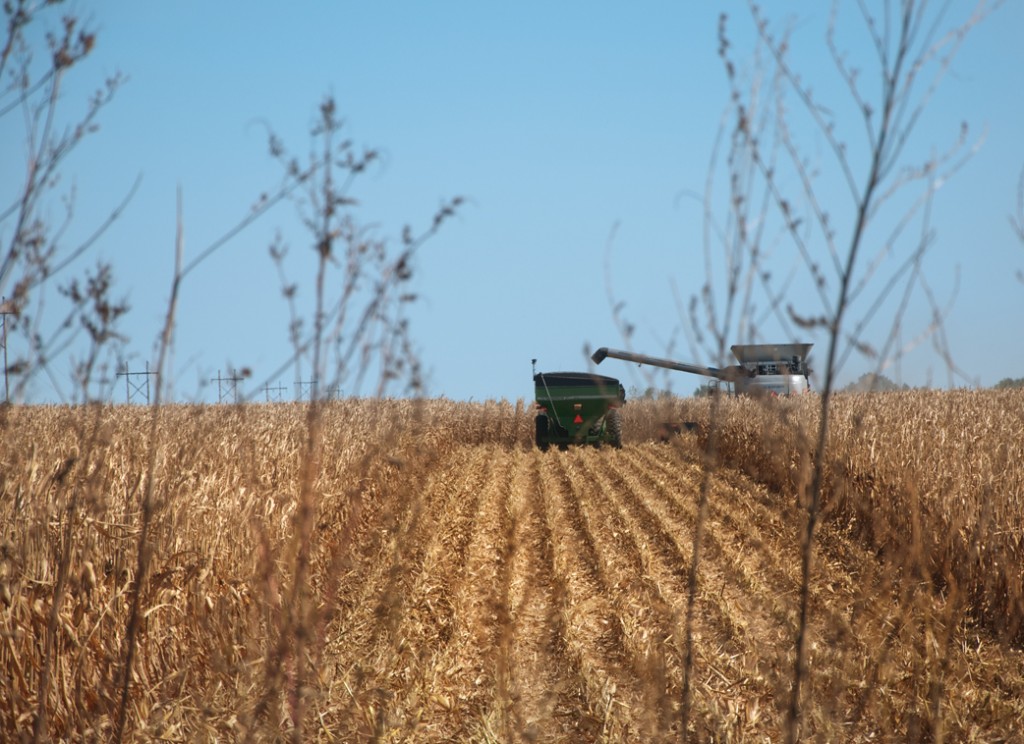 Somewhere in Nebraska they’re “picking corn”. At least that’s what they call it in the southeastern part of Nebraska. (I stand corrected–we were in Nebraska and not Kansas. It all looked pretty much the same to me: corn, corn, corn.) 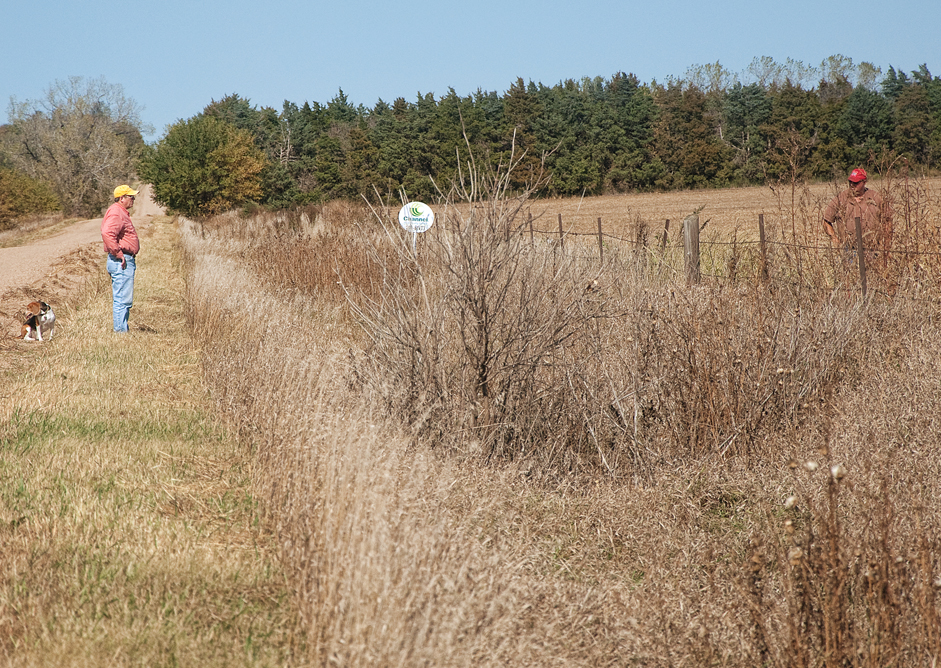 While I had walked away to take pictures, Tommy talked to this man for quite a while. The man wanted to know if I’d like a ride in the combine. Heck yeah! 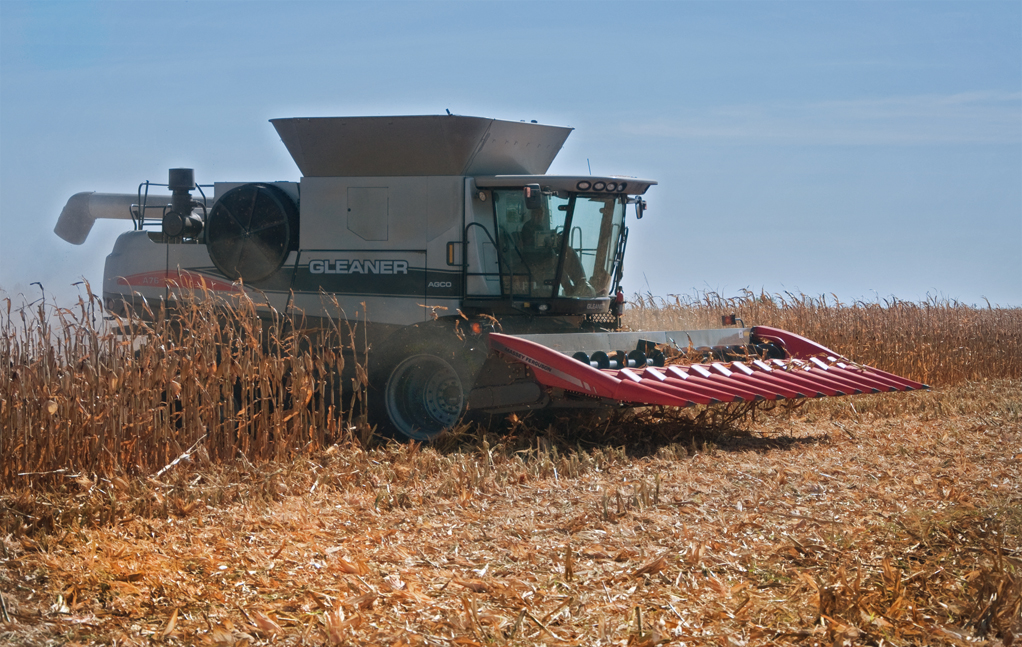 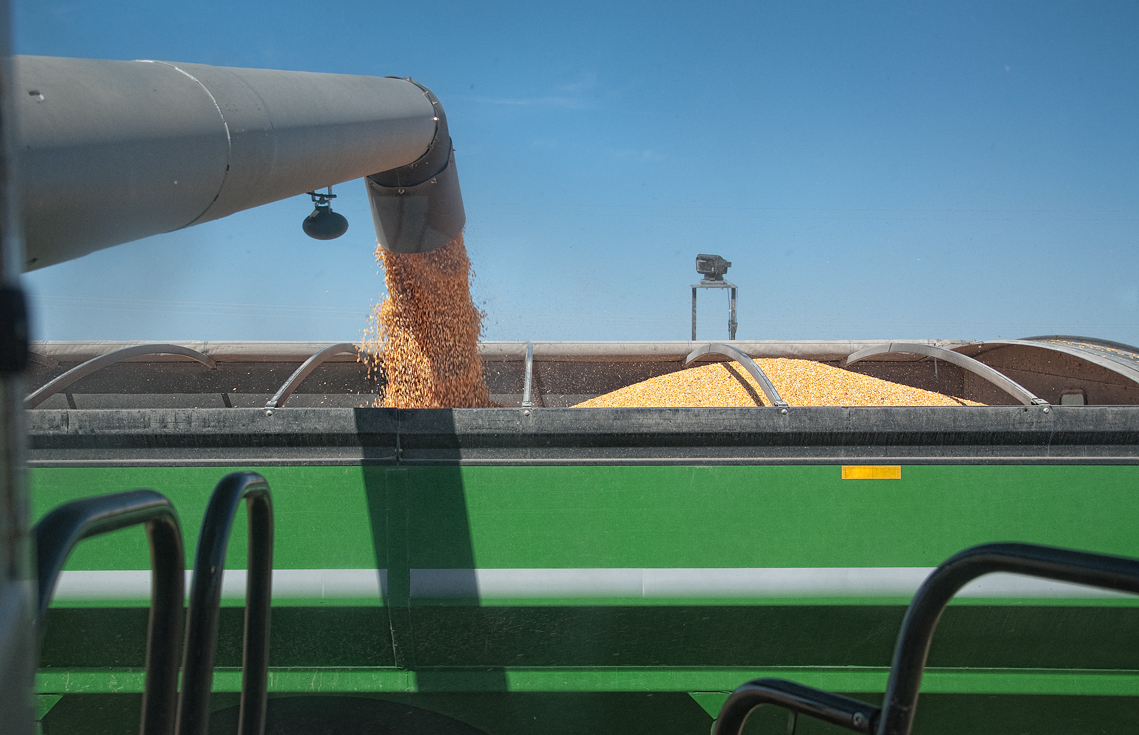 Corn being deposited into the Grain Wagon. Note the cameras-one on the Wagon and one on the Combine. That is so both drivers can see the inside of the wagon and how full it’s getting; although each of the machines have computers which tell the drivers that. 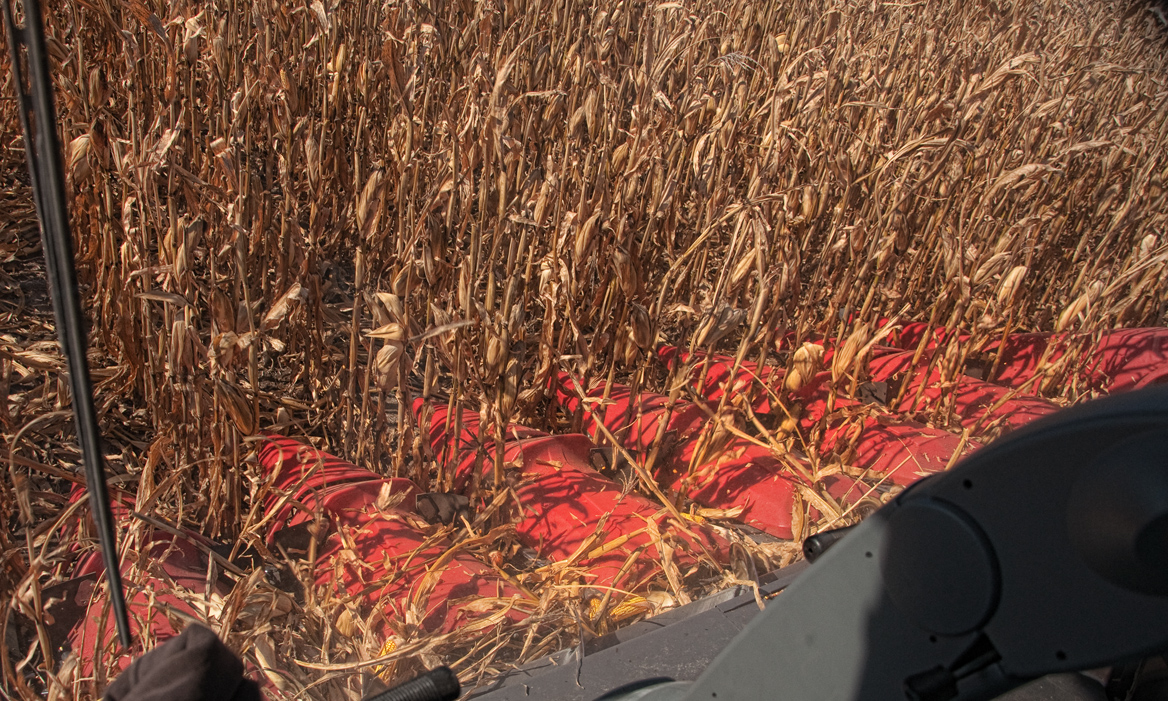 This thing was wicked! 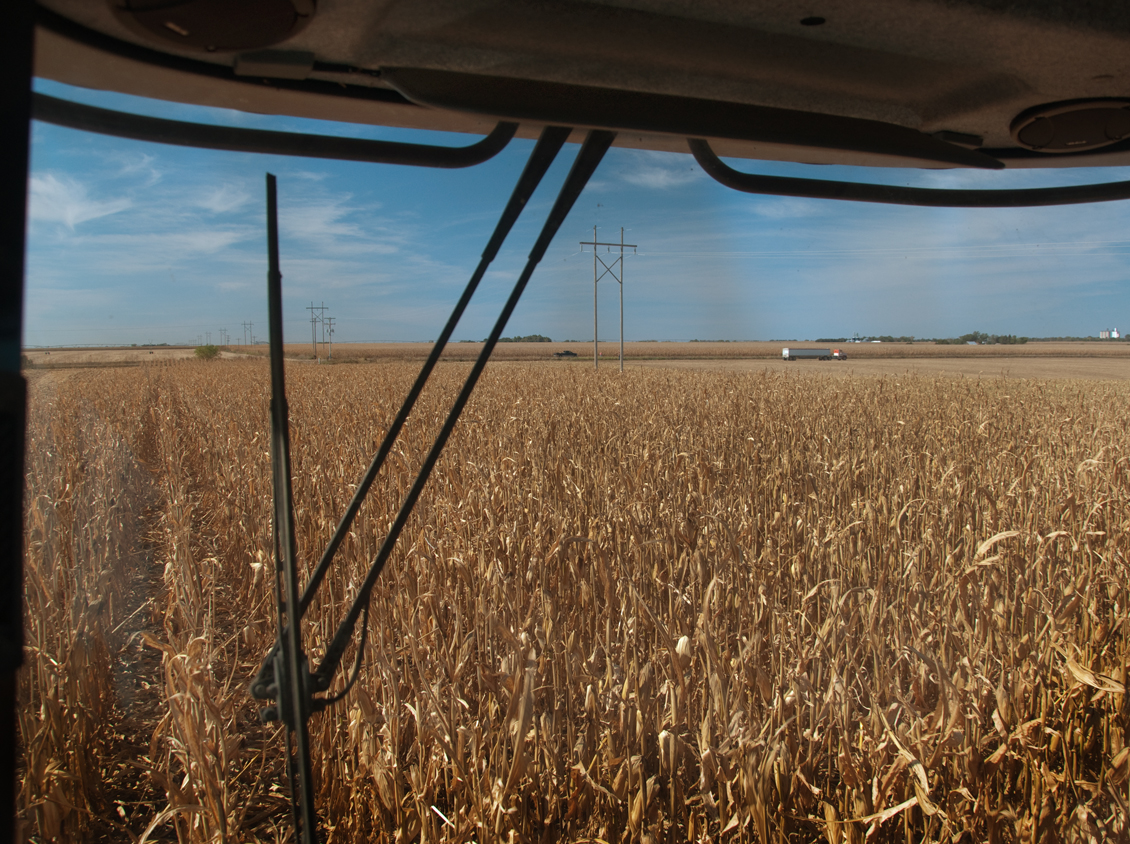 The view from inside the cab of the combine. It had A/C, radio and a computer. Note the tractor trailer at the top right of this shot–it was one of two transporting the corn to the grain elevators. The Grain Wagon could hold 750 bushels. One tractor trailer held 1,200 bushels and the other held 1,700 bushels of corn. Quite a lot of corn! 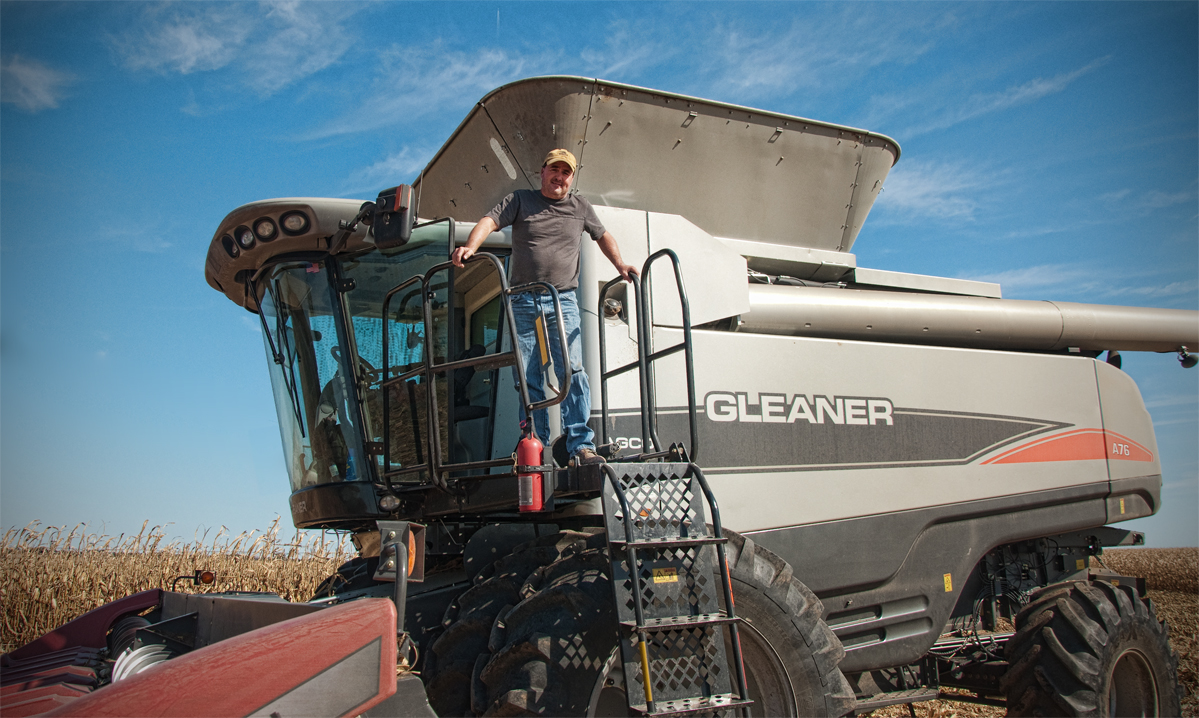 This was my driver for 30 minutes or so.

It was quite fun sitting in the combine. The guy driving must have thought I was nuts as I kept asking him questions. I know that Tommy was jealous, although he said it would have been worse if the guy had let me drive.