I went through all of the pictures that I took in 2009 to try and find my favorites from the year. I decided to limit myself to one per month, which I was able to do except for a few months. They may not be technically correct or others may not like them, but for one reason or another I do. So here they are: 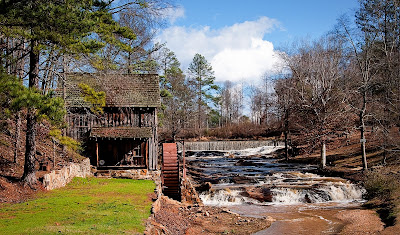 In January, after several years of a drought we received a pretty good rain in January. My aunt Alline called to tell me about this mill with all the water pouring over the dam. So Tommy and I jumped in the truck to find it. It’s quite a picturesque spot. 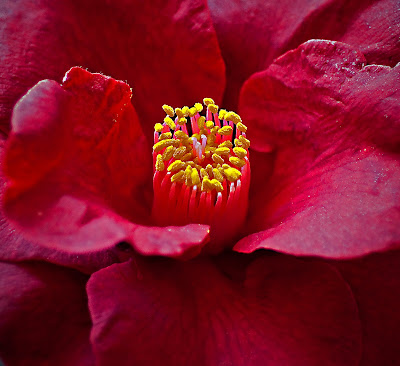 My cousin Sue, aunt Alline and I went to the Botanical Gardens in February for an outing with our cameras. They just happened to have a Camellia competition going on that week. Until then, I hadn’t really been a fan of camellias–now I want to add several bushes to our yard. 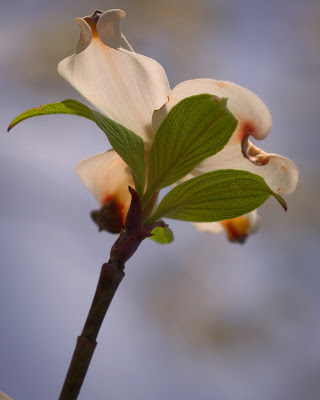 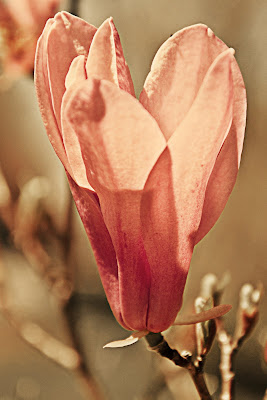 I shot this Tulip Tree blossom in April while on a walk with Tommy and Bubba. A neighbor has a gorgeous tulip tree–at least while it’s blooming. 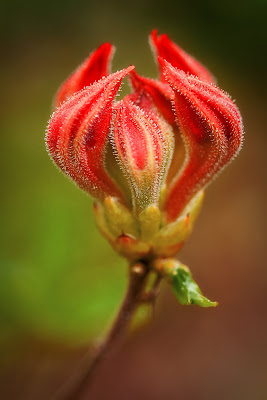 We have Flame Azalea (or Native Azalea) bushes/trees at the house in NC. While they are really pretty when they are in full bloom, I love looking at the buds as they are opening. They kind of look like little bird heads to me. This photo was taken in May. 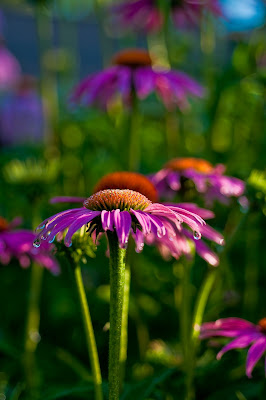 While Purple Cone flowers may be quite common, I absolutely love them. I love the colors in this picture which was taken in June. 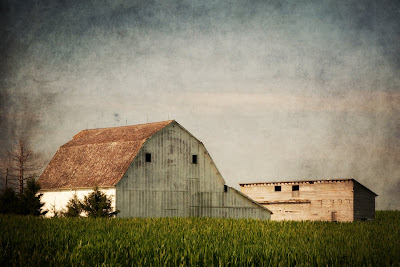 If you follow my blog, you are aware of the “Highway 30 Barn Tour” that Tommy and I took in July. Here’s one barn photo that I took and then played with in Photoshop. It may not be to others’ liking, but I like it. And, since it’s my blog, I can post it! 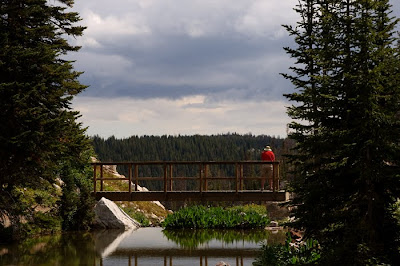 Since our July trip to Wyoming was cut short, we decided (after much coaxing from Amanda) to head back in August. The thing that tempted Tommy was going to see Ian Tyson at the University. While there we went up to the Snowies. Can you tell how much Tommy loves just looking at the area? 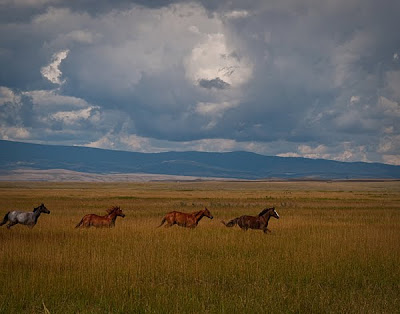 Here’s another favorite from August. This photo just says “Wyoming” to me so I couldn’t leave it out. 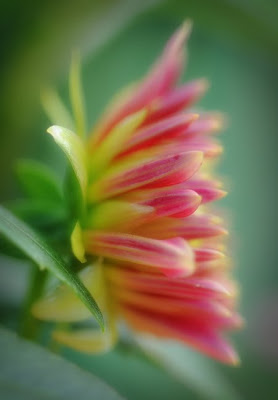 Back home in September, there wasn’t much blooming and not much going on. Thankfully, we have some Dahlias that last into October. I love this picture for its softness. 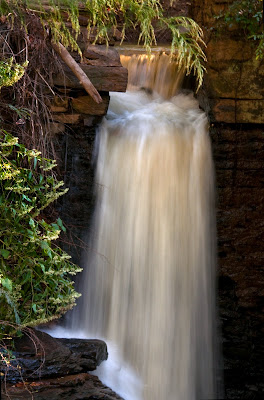 The drought finally ended this year. After one of our many torrential rains, Tommy, Bubba and I went to the Roswell mill and found this small waterfall. 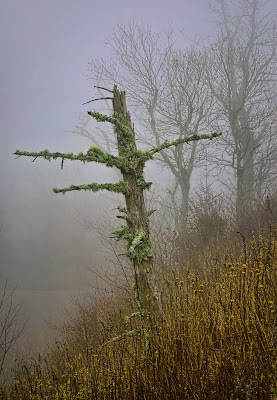 We spent nearly the whole month of November in NC. What a delightful time it was. We visited a lot of waterfalls (and I took a gazillion pictures of them) and just enjoyed the peace and quiet there. We loved having our visitors–Anne, Cleg, George and Gracie; Hall and Sara; and Julian and Sue. The above picture was taken one morning when we drove up to the Blue Ridge Parkway. When we got there, we could barely see the road because of the thick fog. I was able to take this, and a few other pictures, before we headed back down. 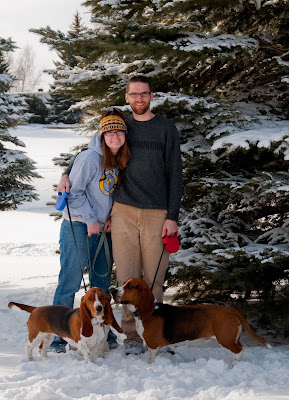 We were invited to join this group for Christmas. I asked for a white Christmas, and boy did I get one! It is so much fun being with Amanda and Evan–even if the temperature never got above freezing the whole time we were there. 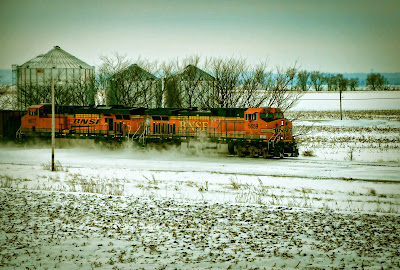 Another December shot. I really like this train picture because of the snow that the train kicked up as it flew past. Besides, I thought I got pretty good focus on it since it was traveling one way and we were traveling the opposite way.

The following pictures were among my favorites for sentimental reasons: 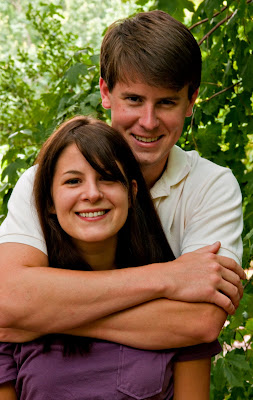 I finally convinced Hall and Sara to let me take a picture of them. I usually don’t take people pictures but wanted to give it a try. So many things that I need to correct if I do it again. But, these are two of my favorite people so I love it! 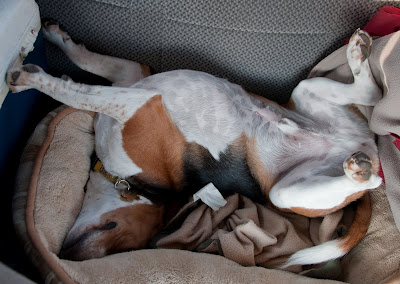 Bubba makes me laugh almost daily. He is such a goofball. This is how he travels in the back of the truck cross country. He can sleep almost all day in the truck and then sleep all night at the hotel. 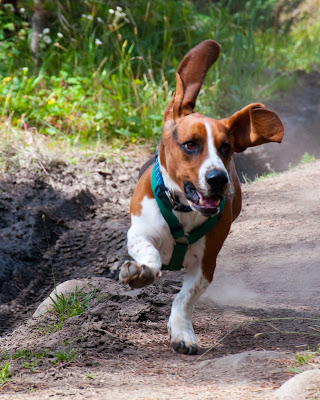 When we were in Wyoming, Tommy and Evan took a 6 mile hike. They took Moose, Molly and Bubba with them. While everyone was getting ready, Amanda and I got Moose to run back and forth between us. Is there anything funnier than a basset running with ears flying?–unless it’s Bubba sleeping in the back seat of the truck! 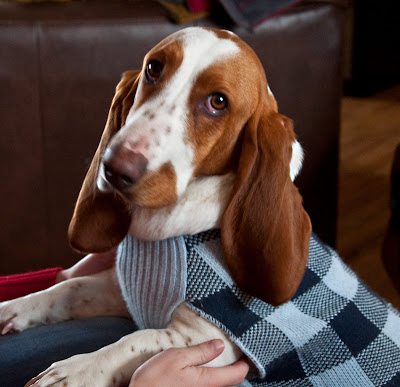 Amanda and Evan are part of the Wyoming Basset Hound Rescue. This sweet girl, Charlie or Chuck D, came to live with them in October. Amanda told me that she couldn’t get a good picture of Charlie because she didn’t like cameras. I was lucky to get this shot. If I could have, I would have brought her home with us. She is such a sweet, loving girl!