Hall entered a race called The Georgia Death Race with a couple of his running buddies. Why in the world would anyone want to run a race with that name? It was a 60 mile (give or take a few miles according to Hall, Kyle and Josh) trail beginning at Vogel State Park running up and down the mountains and ending at Amicalola Falls. The race began at 4:00 a.m. Crazy, huh?

Tommy and I drove up and met them (and Laura–Kyle’s girlfriend and the Crew Chief) at two of the Aid Stations. We brought food, water, Coke, Advil, Immodium, towels, washcloths and even a camp stove to cook Hall a grilled cheese sandwich! 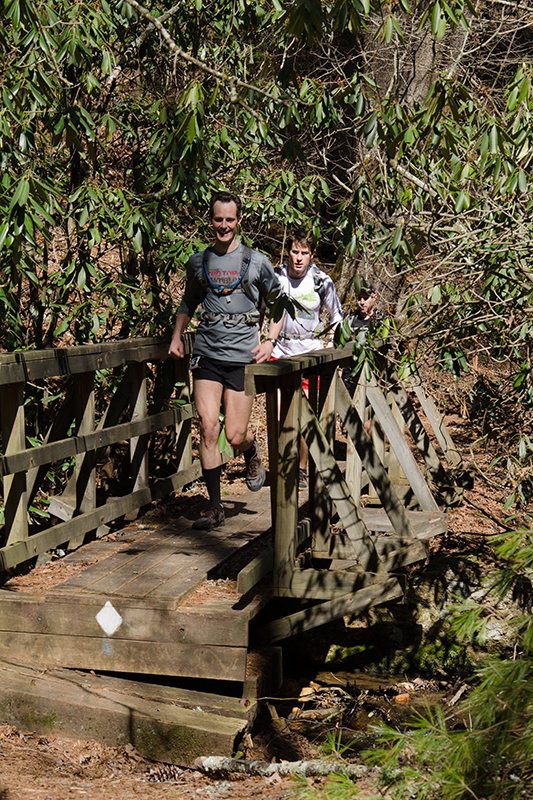 This is at the 25 mile Aid Station–they hardly looked like they’d been sweating! 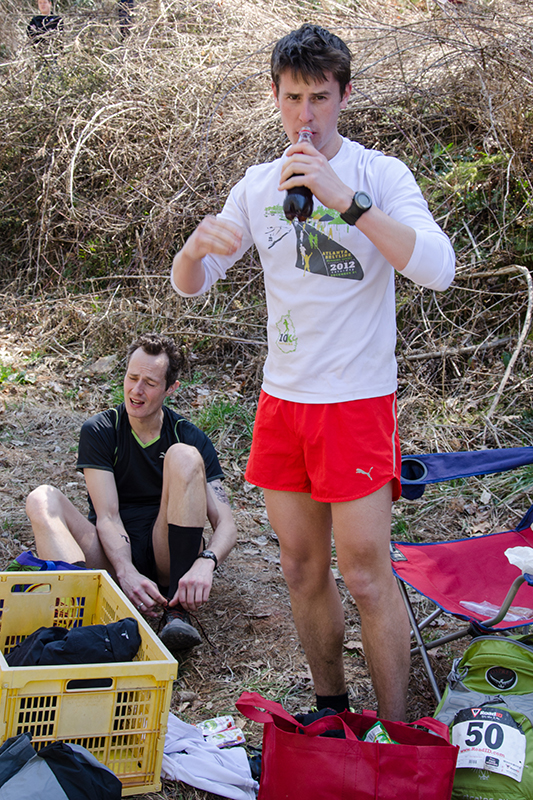 Getting some sugar and caffeine, changing shoes and socks. 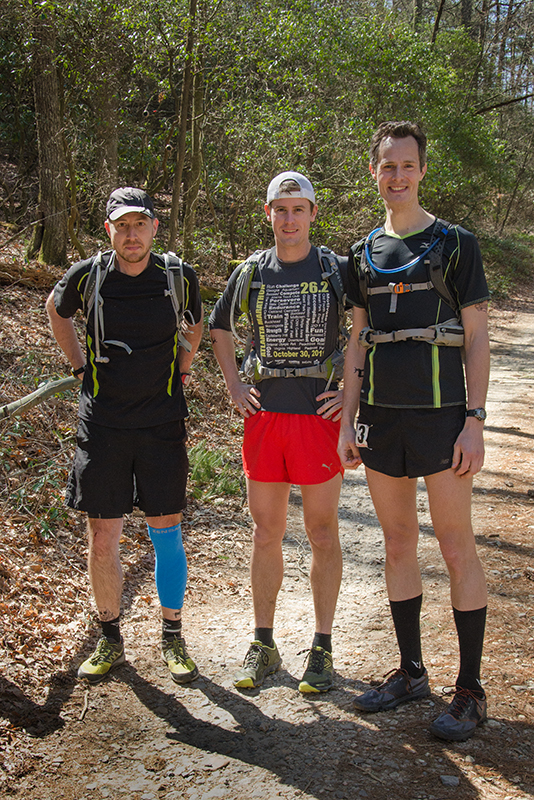 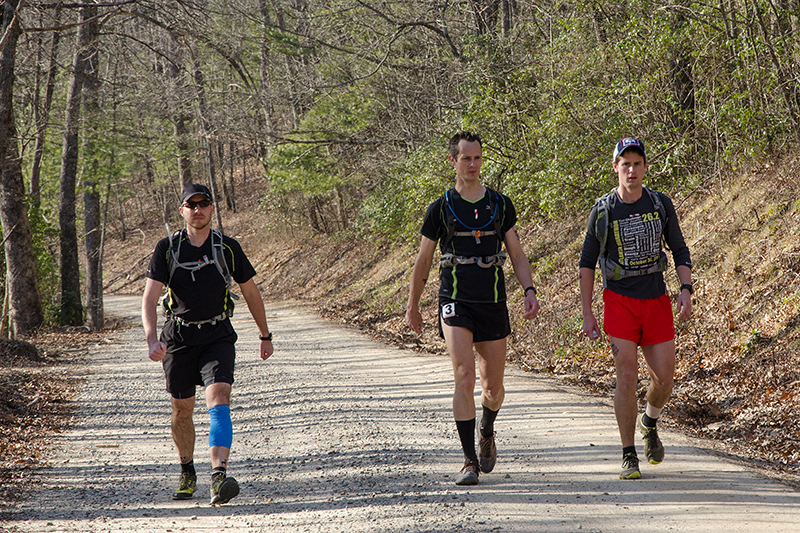 Coming up to the Aid Station at mile 40 (the guys said that it was really 44 miles). Notice the Ace bandage on Hall’s left leg? He hurt his ankle and that ended the race for him. Kyle and Josh continued on and finished the race at 12:30 a.m. Can you imagine running/walking from 4:00 a.m. Saturday to 12:30 a.m. Sunday?