Saturday was Homecoming. We expected to be in rain/snow beginning in the morning. Thankfully, the storm due to come in was slower arriving than was forecasted. It was a bit chilly at the parade, but it was perfectly clear.

Amanda, Molly and Tommy waiting for the parade to begin. Molly did not like the parade. 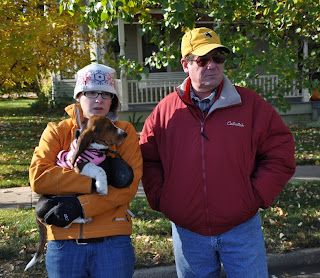 Wyoming’s version of the hot tub?? 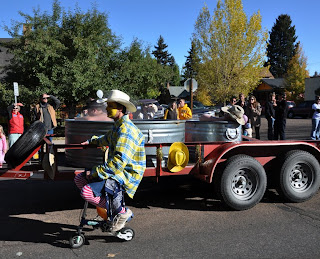 The librarians and their horse carts! 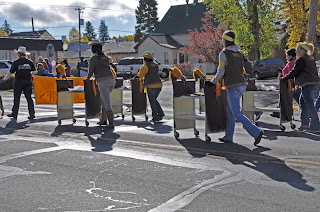 And, of course, you can’t have a parade without Pistol Pete! 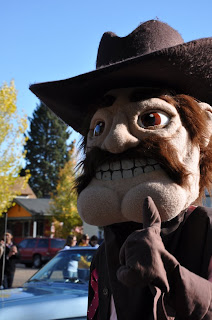 Wyoming’s opponent for Homecoming was #16-ranked Utah. So not fair. We went to the first half of the football game. It was cold and it was windy. The wind blew at about 30 mph and gusted up to about 40 mph. Some of our entertainment during the game was watching people walking through the portals and their hats go flying. Sure wish I could have caught a picture of one of those hats.

Amanda, Kerry and Tommy trying to look like they were enjoying the game. 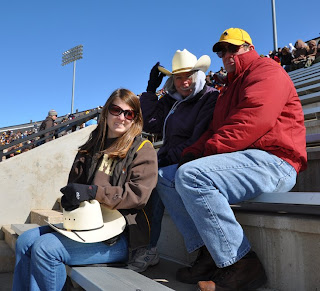 Even if you can’t enjoy the game, you can enjoy the view from the stadium. 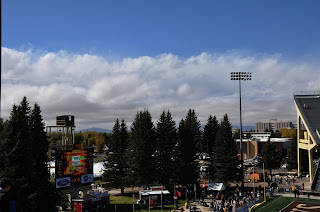 Yes, this punt was blocked. And, yes, Utah scored due to the turnover. We left at halftime with the score Utah 20 – Wyoming 0. 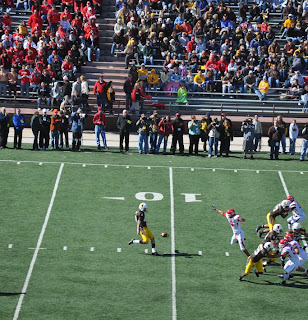 Check out the flags flying. They stayed this way pretty much the entire time we were at the stadium. 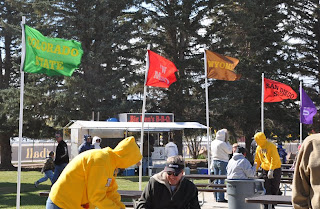 After we got home from the game we packed up and headed to a cabin at Little Brooklyn Lake in the Snowies. More pictures to come!