Day 2 ended for us in York, Nebraska. We had stayed at the same hotel (Palmer’s Best Western) several years ago (maybe 5?) in York. We had left Laramie in the morning and went to Alma (Hardin County), Nebraska to do some genealogical research. Or as Tommy says, “We’re going to look for dead people.” We sent several hours at the courthouse and driving around the county before he headed back east. If I remember correctly, it was really cold and there was snow on the road all the way through Nebraska. We wound up in York because we couldn’t go any further. After asking the hotel clerk for a dinner suggestion we ended up at the Chances “R” restaurant. It was absolutely wonderful! Because we had Bubba with us, we weren’t able to go again.

Here are the guys getting ready to get back in the truck for Day 3. 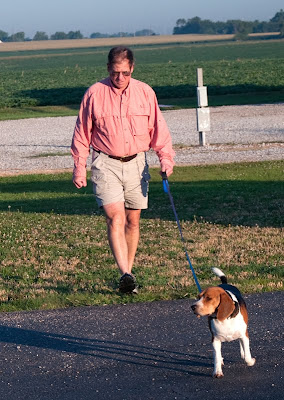 The decision was made to stay on Highway 30 for a while in Nebraska. Breakfast at a little cafe in Iowa was so good that we decided to try it again. We stopped at Ginny’s Cafe in Wood River and got Breakfast Sandwiches. They were every bit as good as the morning before.