The big event finally arrived. The Ian Tyson concert was held at the Fine Arts Center at the University of Wyoming. Amanda was able to get us second row in the middle seats smack in front of Ian. We were probably 12 feet from him. 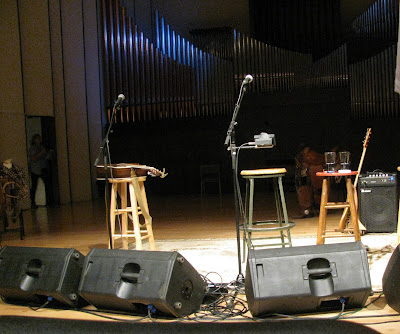 He put on a pretty good show for his age (did you know that he’s 75 years old?). At some point in the concert he asked his two band members to take over the guitar playing as he was having trouble with his left hand. He sang some old songs but probably more newer songs. We were all very disappointed that he did not sing our favorite, Four Strong Winds. I thought I was going to have to hold Amanda back from jumping on to the stage and tackling him so that he’d come back and sing it. Poor thing–she was about to cry.

After the show was over, Ian came out and signed autographs. So we purchased his new CD, got it signed and got a picture of Ian, Amanda and Tommy. All in all, a good evening. 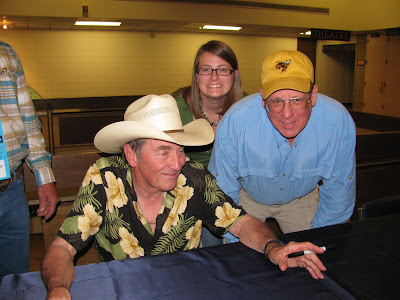