It’s been over two weeks since we were in BG for Thanksgiving. We had such a wonderful time with Hall, Sara, Stephanie and Shelby! They arrived in the evening on Wednesday—Hall, Sara and Shelby coming from Marietta and Stephanie coming from Lexington. Thursday morning Hall and Sara got up fairly early to go take a ten mile run up on the Parkway. Their route didn’t work for various reasons so they were gone longer than expected. I was just about to get in my truck to go looking for them. Eventually we had everybody together and ready to eat. What a yummy dinner—sweet potato souffle was my favorite dish. We had so much food that it was hard to find room in the refrigerator for it all.

The girls and I had planned on going shopping in town on Friday. Hall was going to stay home and work around the house with Tommy, but since it was raining he decided to go along with us. We hit the usual spots—Bullwinkle’s, White Squirrel, the Proper Pot and O.P. Taylor’s. Since I had already been downtown shopping with Sue the week before, I just enjoyed people watching. And as always, I looked for photo ops. 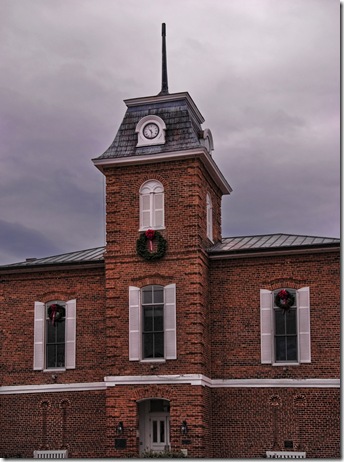 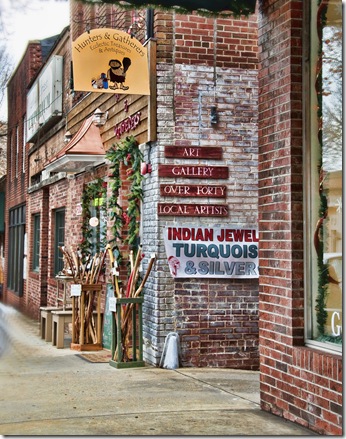 I had promised to try to get some pictures of Sara and her sisters and Sara and Hall. As much as I LOVE to take pictures, I just don’t think I have what it takes to get good people pictures. But I tried!

That’s Cozmo that Sara’s holding. I think Bubba thought she was a cat or something even though she could scare him away with just a growl.

He’s such a wuss!

The kids left Saturday about noon and Tommy and I cleaned up and packed up and headed home on Sunday. It was quite enjoyable being in BG for three weeks.

On the way home, I stopped along the road to get a picture of what I call the Christmas Barn. 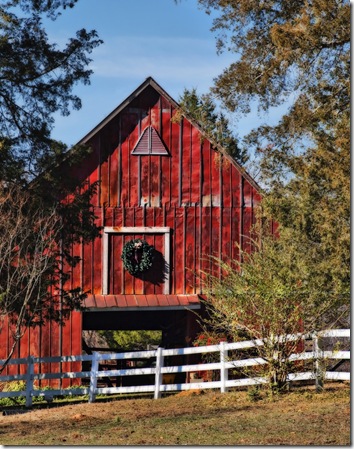