Tommy and I got up Christmas Eve morning and headed out past Bosler, Wyoming to a location we had read was a great place for photographing trains. We weren’t sure what the conditions would be out there–there was still some snow on the ground in Laramie. As we got farther outside of the city limits, there was more and more snow. However, the roads were in great condition. It was cold though: 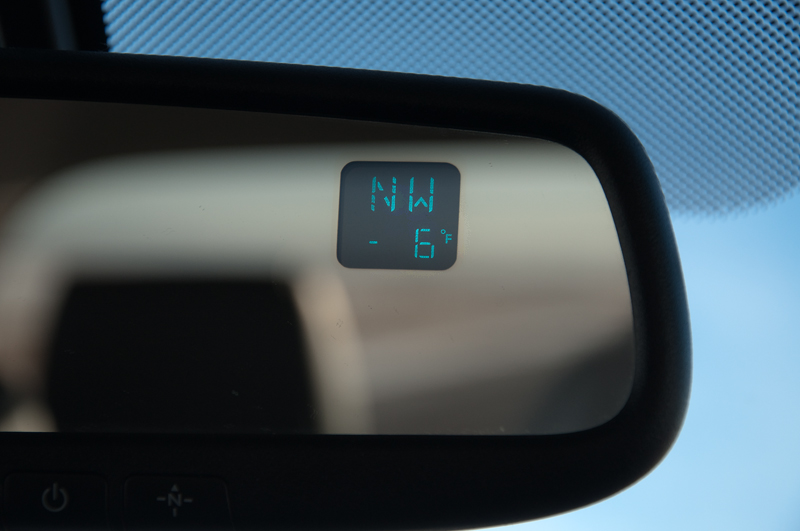 The temperature dropped to -13 before we reached our destination. Funny though, when I got out to walk around and look for a good place to stand to take pictures, I really wasn’t as cold as I thought I’d be. Yes, it was cold but I was colder later on in town when the temperature was in the 20’s. Go figure. 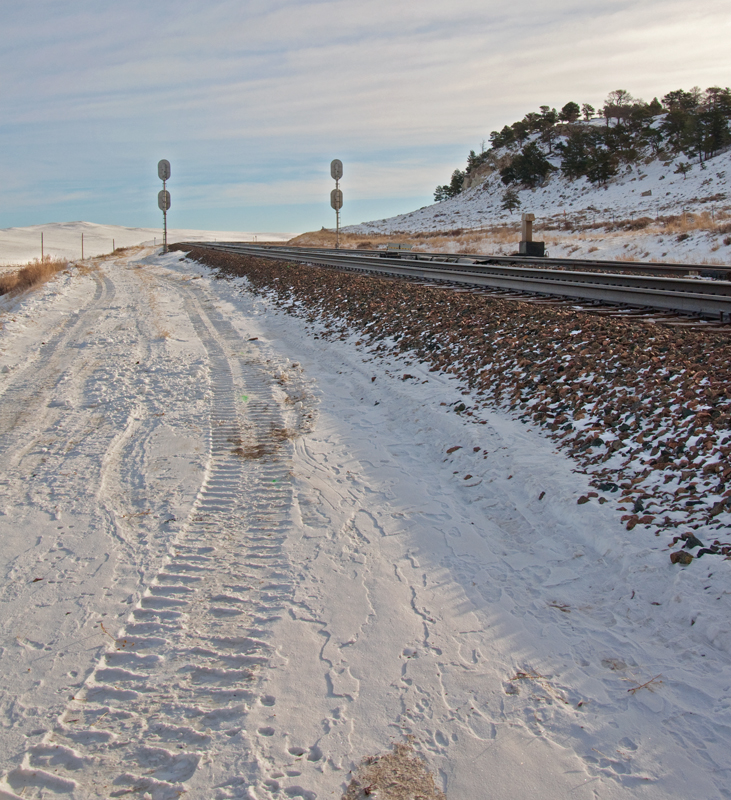 These are the tracks leading into Laramie. 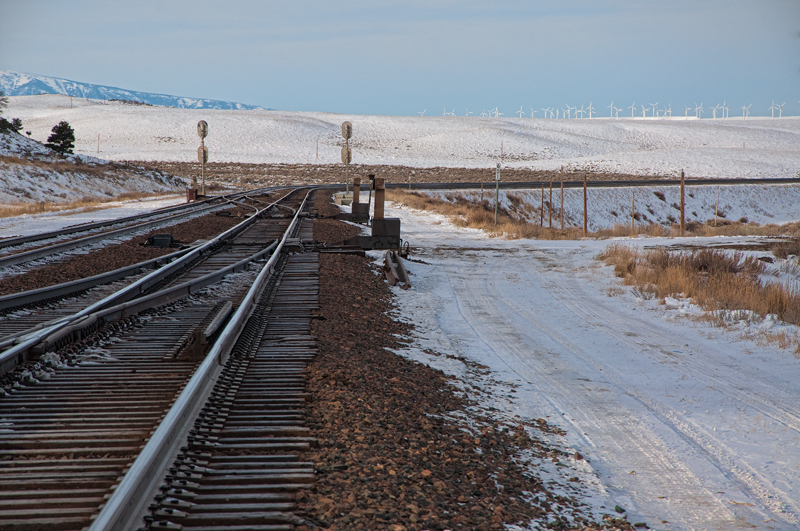 This the view of the tracks leading into Medicine Bow. 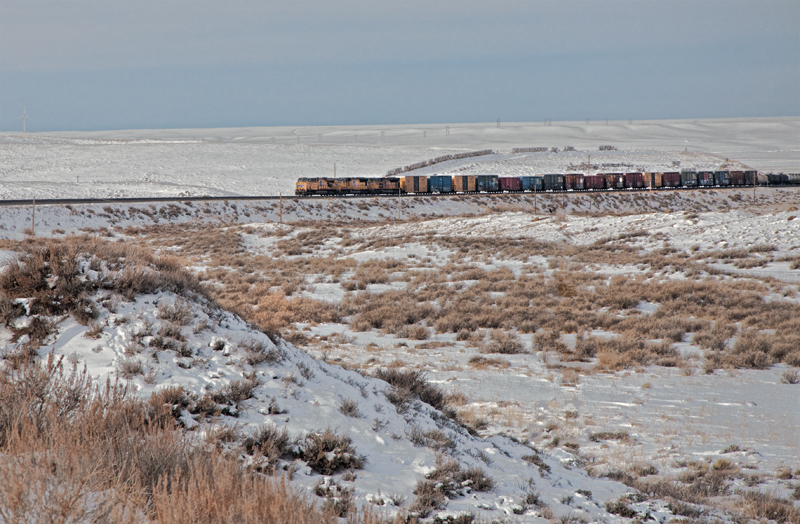 Here comes the train…and we only had to wait about 45 minutes! 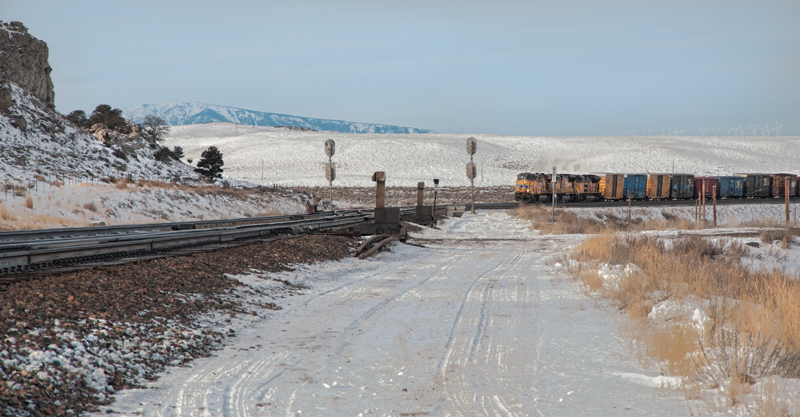 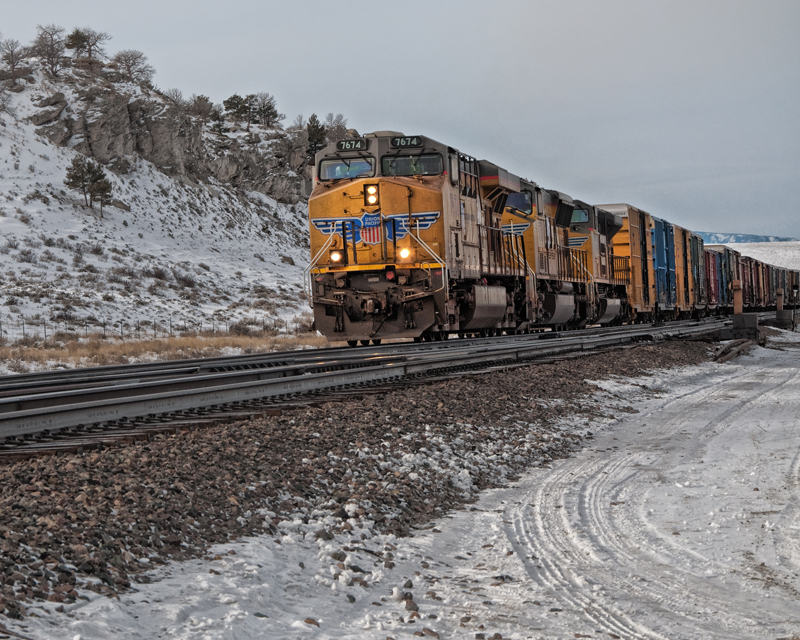 As I was standing here taking pictures of this train traveling south, a train coming the opposite way came flying by me. I didn’t hear it even though it was on the track closest to me. It scared the daylights out of me! Tommy reminded me when I got back into the truck that I should always “be aware of your surroundings”. Ya think?? 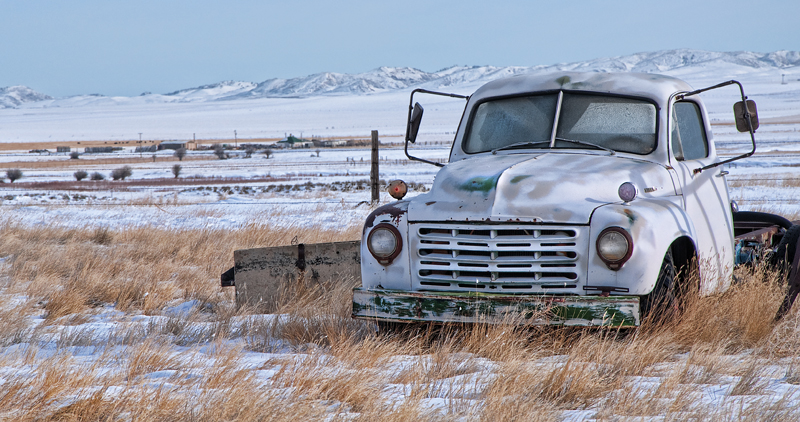 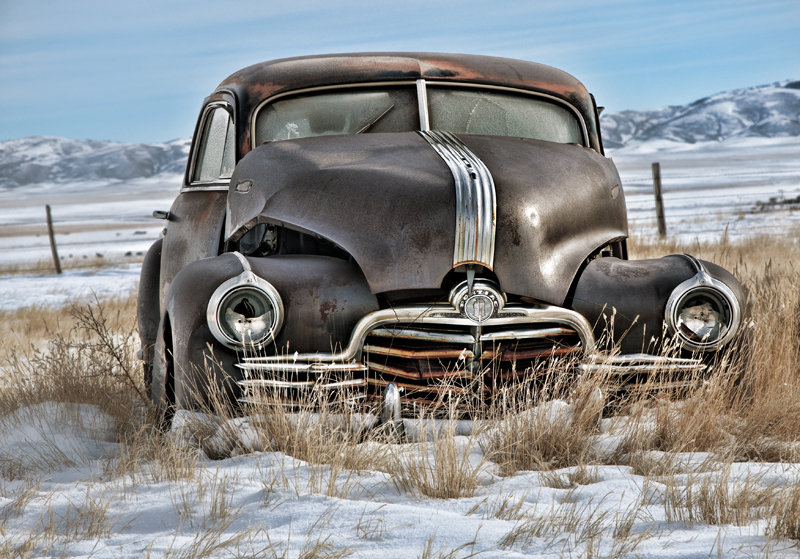 I made Tommy stop in Bosler on our way back into town so I could shoot these autos again. They’re the same ones that I took pictures of back in the Fall, but I liked the way they looked in the snow. 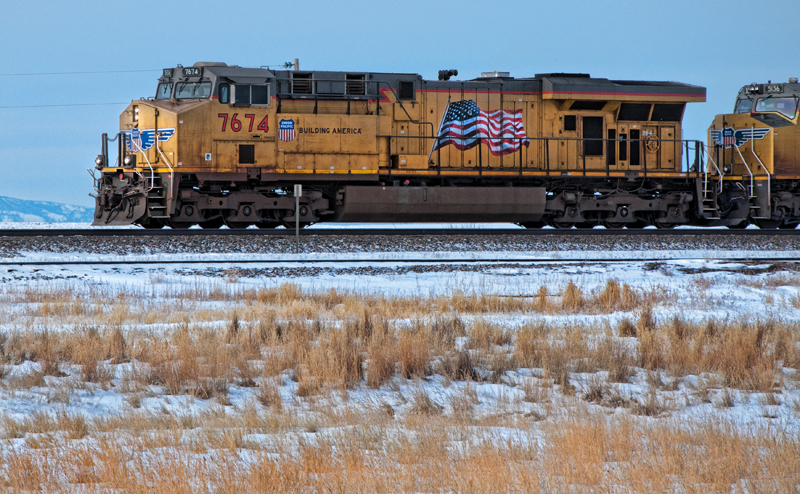 This is the same train that we saw (and I took pictures of) farther north. We felt like we were racing the train to Laramie. It had gotten behind us but when we stopped in Bosler, it caught up to us.

It was a good outing and we plan to go back when the weather is nicer. There is a much better viewpoint to take photos that we could not get to because of the snow this time. But, I’m satisfied for now. At least I know I can stand out in the really cold temperatures and my camera and me are OK!