The day started early for everyone—earlier for Evan and Snake than for us. We left the house at a little after 7:00 a.m. to be sure that we were at the first stop for Evan. Over the 70 miles of the race, there were 5 “official” aid/feed zone stations. Our job, as the PCPC—Penny Cat Pit Crew—was to be at each station to give Evan water, Gatorade, food, energy gels, etc. We would meet him at one and then get in the truck and drive quickly to the next. Evan did very well and cut about 30 minutes off his time last year and about 20 minutes off his best time. Way to go Evan! 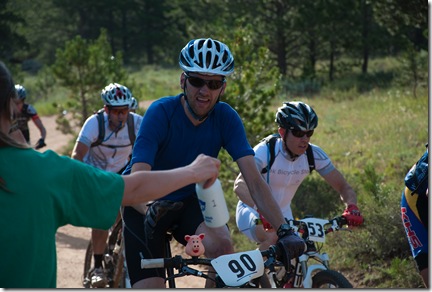 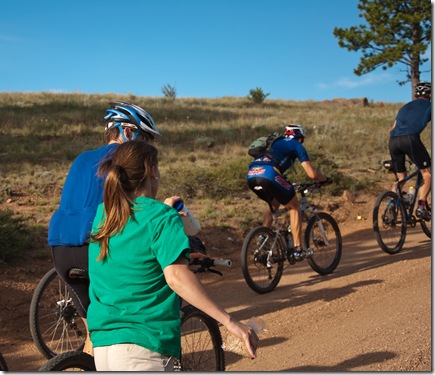 Part of the PCPC waiting for the riders to show up: 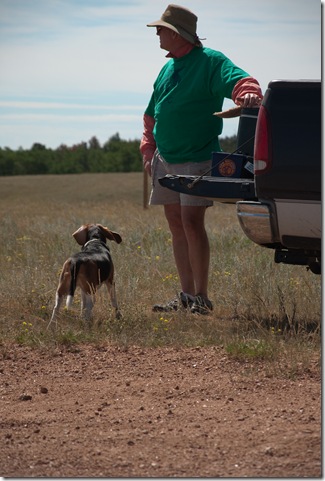 Getting ready for another handoff: 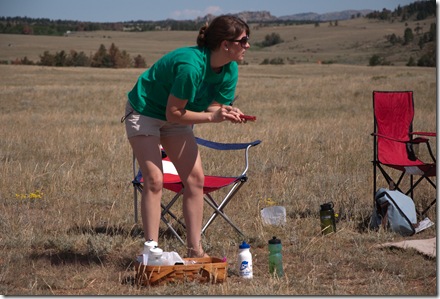 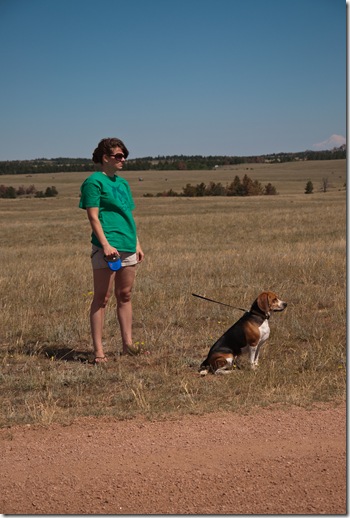 A very relieved Evan at the Finish Line: 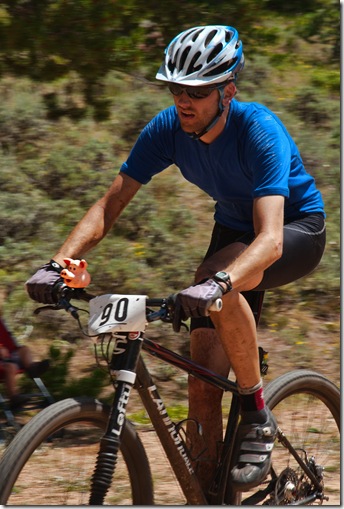