The second day of the “Railroads of Albany County” tour found us heading north out of Laramie towards Medicine Bow. I will have to say that some of this tour could have been quite boring as we were supposed to following the grade of the original railroad track. However, along the way we found many different things that made the trip interesting including cows in the road who really weren’t interested in moving out of our way: 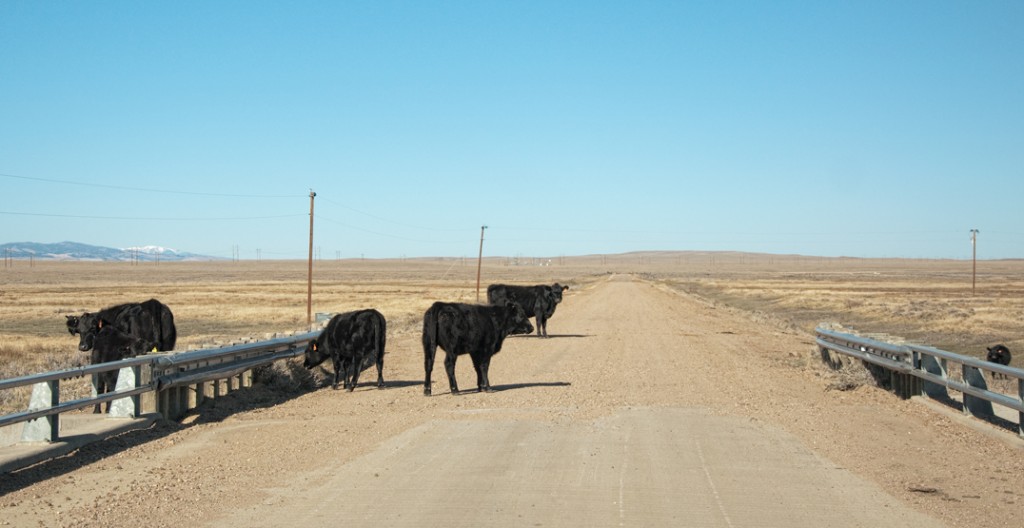 This is the entry into the Virginian Hotel (named for the book The Virginian) in Medicine Bow, Wyoming. I never read this book but do remember watching the TV series made from the book. 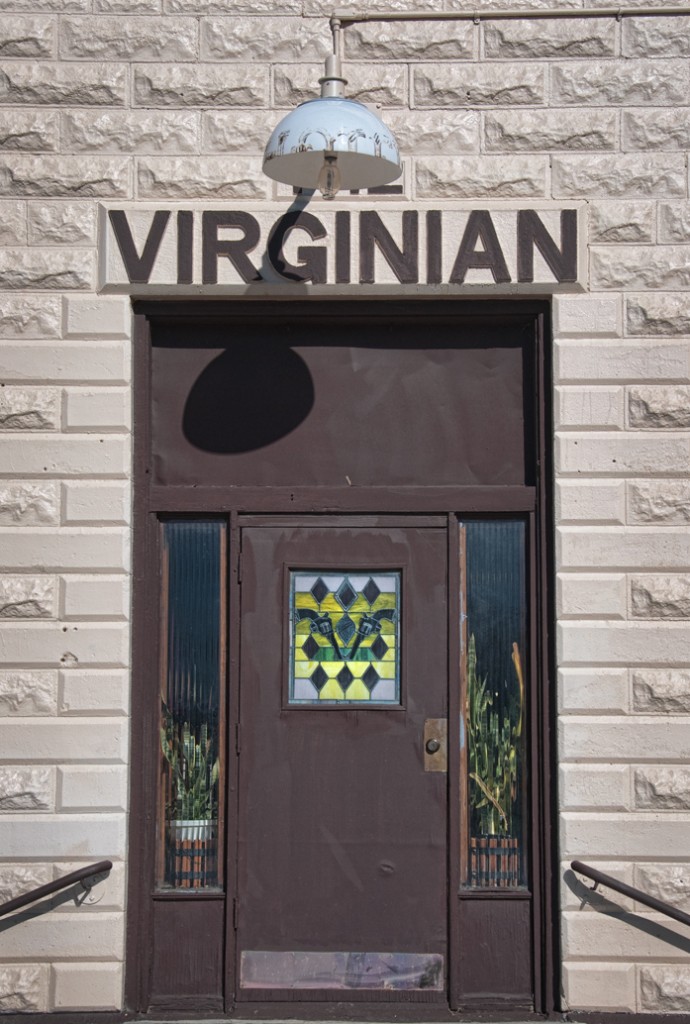 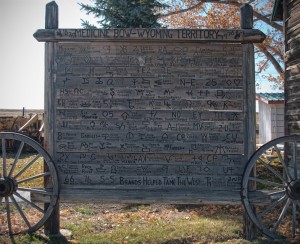 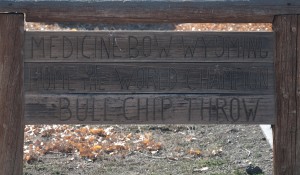 On the way back to Laramie from Medicine Bow we came to an almost screeching halt as we saw a cattle drive. Actually these cowboys and cowgirls were moving the cows from one pasture to another. As the cows came out of the one field, some of them walked out onto the road and the cowboys had to herd them back. It was really fun watching as most of the cows seemed to know exactly where they were going. The men, women and horses made everything look so easy! 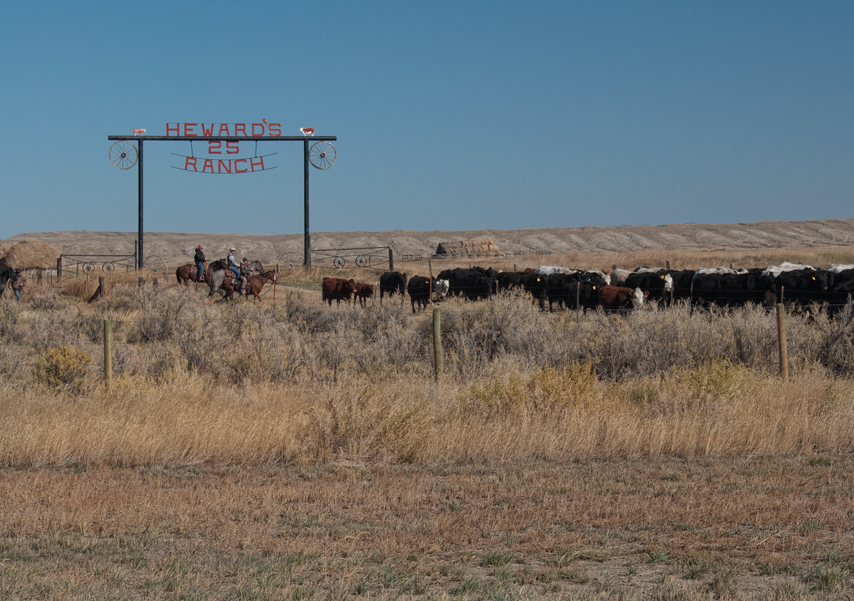 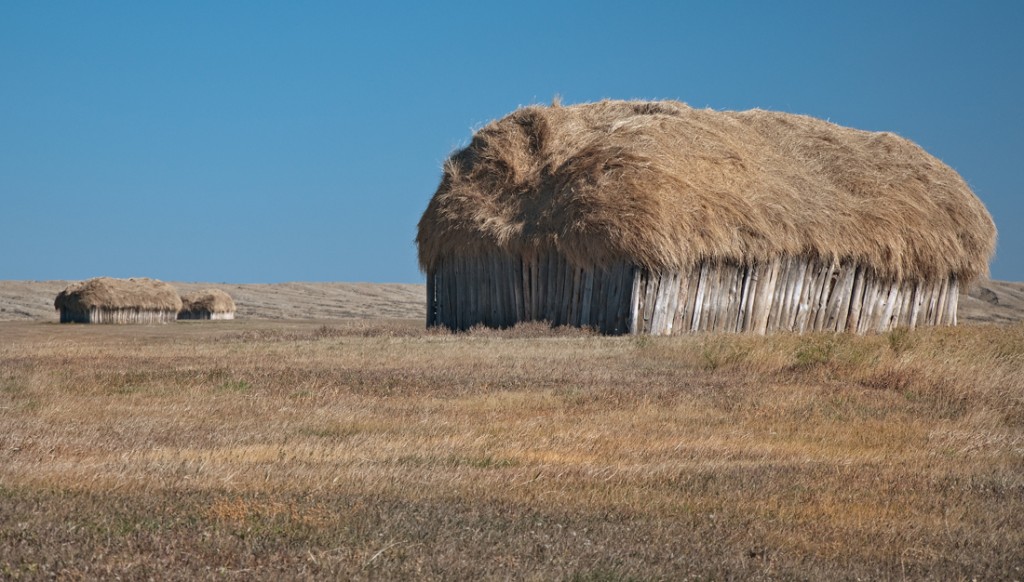 This was the first train (and only one of two) that we saw on the whole train tour. We had stopped in Bosler because I had seen some old abandoned cars and wanted to take some pictures. As I was getting ready to shoot, I heard the train coming and turned at just the right time. Bosler had a lot of abandoned buildings, cars and trucks and looked like a ghost town. 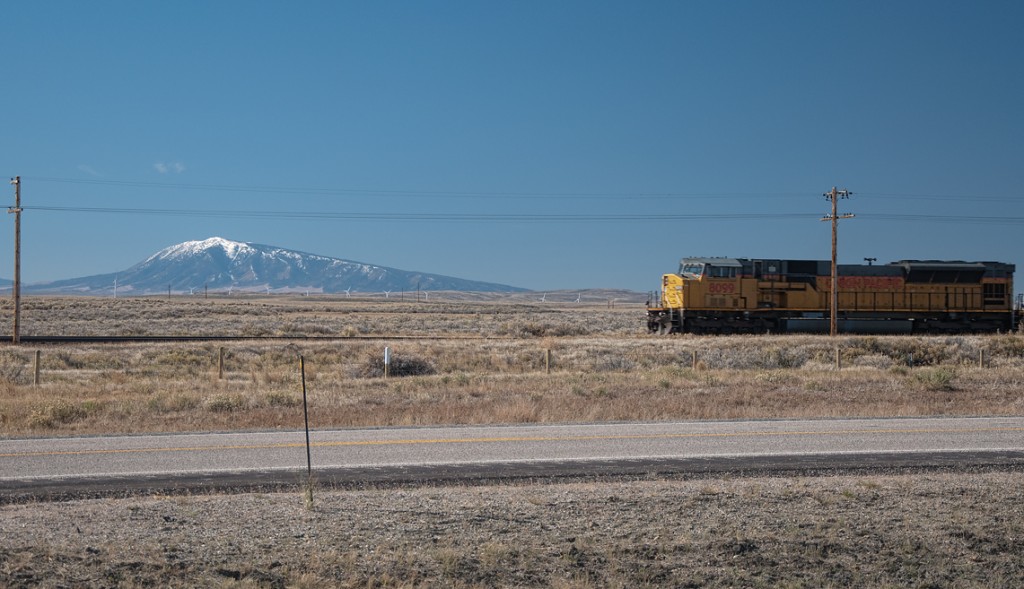 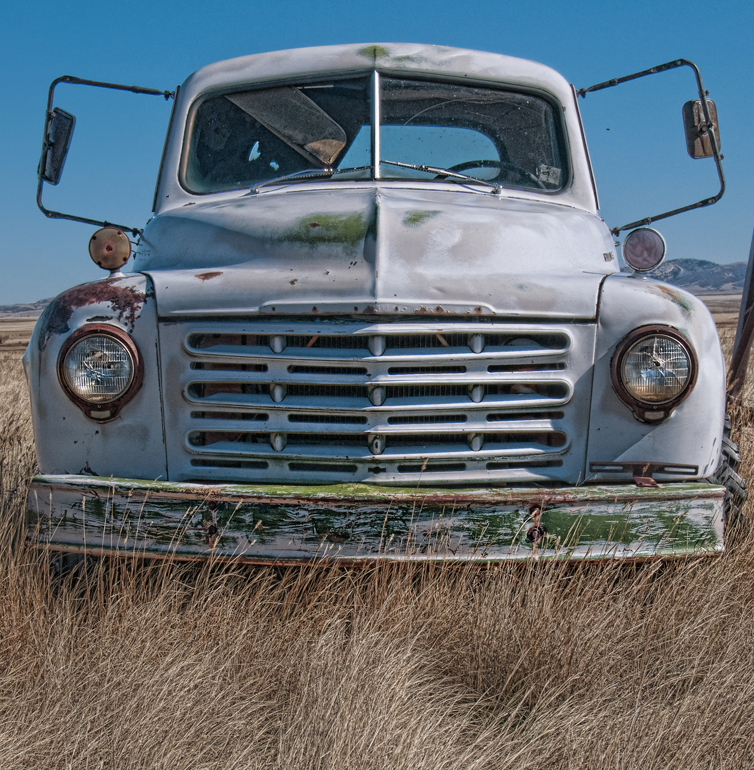 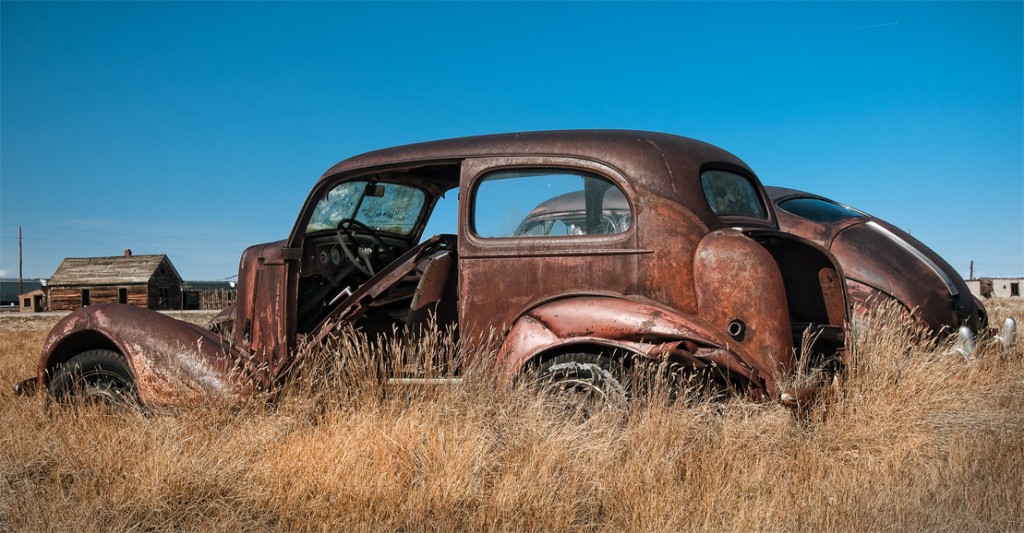 And, of course we had to stop when we saw the sheep! Tommy and Bubba sat in the truck as I walked over to the fence where the sheep were. All of them watched me walk up and just stared. This guy, however, walked over to the fence and put his face about 18″ from mine. His face was actually so close that I couldn’t get a focus on him. I had to back up a bit. It was too funny! 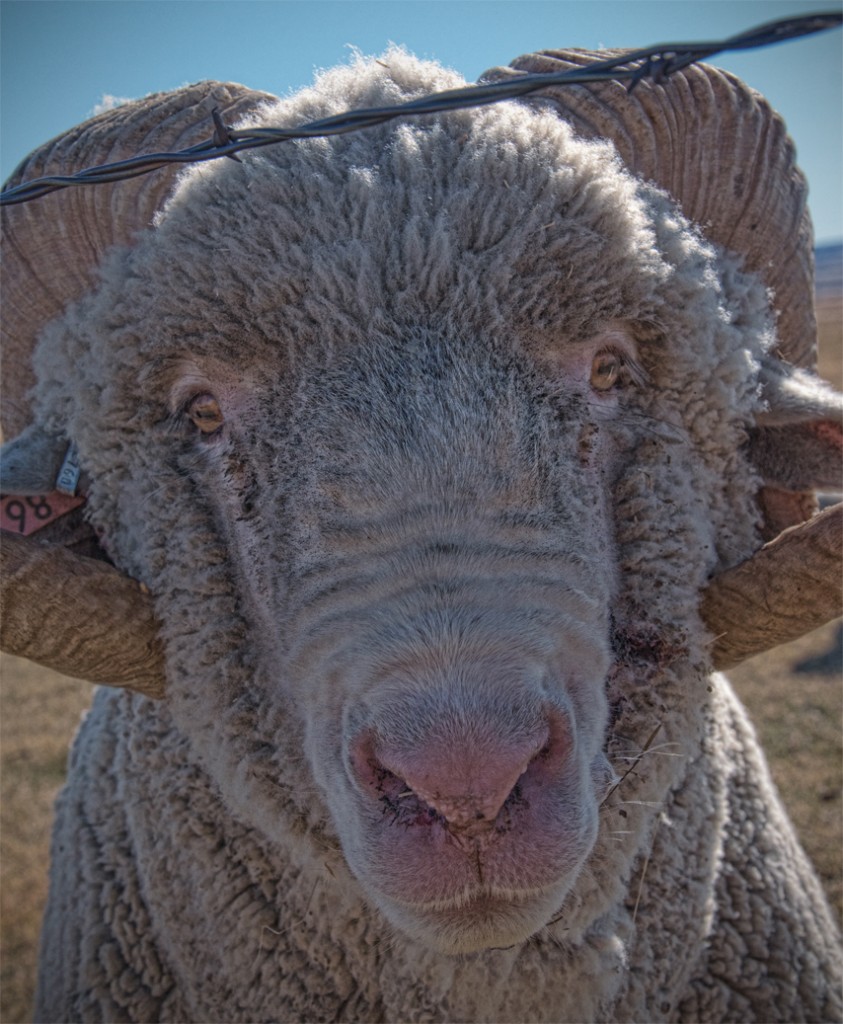 After that we headed back to town and picked up Amanda from school. We needed to get home, rest up and get ready for dinner at The Cavalryman. I love that place even though my steak wasn’t the best. I have such good memories of all the times we’ve eaten there.