Back to work for Amanda and Evan so Tommy and I hit the road again. We decided to head up towards Chugwater and hopefully see some trains on the way. Once we were outside of Laramie by a few miles the road turned into dirt. 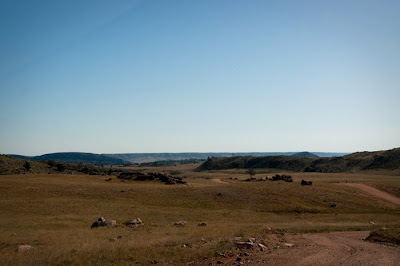 A common sight in Wyoming — antelopes. 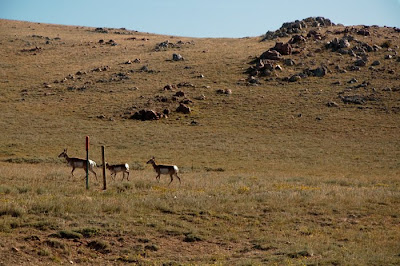 Driving along the dirt road where most everything was a brown/gold/tan, I saw this very white bird on this green tree. It just jumped out at me. From the position of the truck, Tommy couldn’t see it and we didn’t want to move in case we scared it off. Amanda’s and Evan’s back door neighbor said it might be a very rare albino peregrine falcon. I just think it’s a very white bird out in the middle of nowhere. 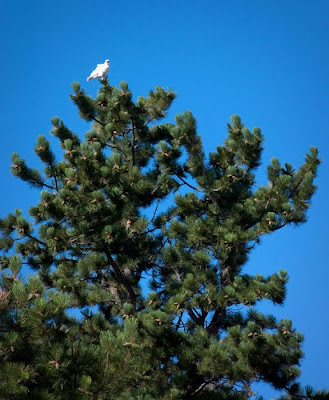 This is Rogers Canyon which we drove through. 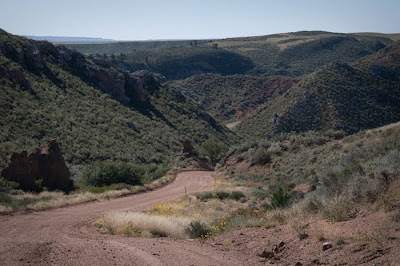 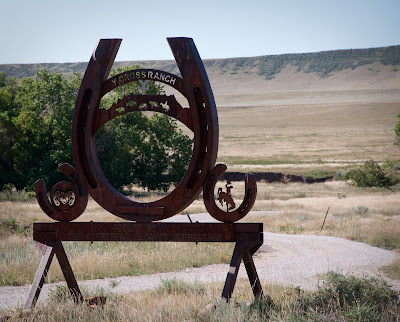 Here’s an old telegraph pole that Tommy found. I guess it’s probably as rare as the white bird. 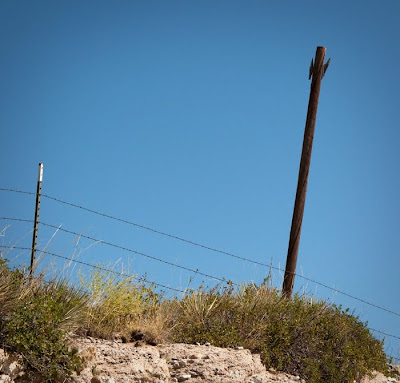 We got into Chugwater (which is the home of Chugwater Chili–have you ever heard of it?) and Tommy stopped so I could take a picture of this grain elevator. He has a thing for grain elevators. :) There wasn’t a lot in Chugwater, but we did stop to buy some Chugwater Chili spices. Can’t wait to get home (well, I really can wait–I’m having way too good a time) to make some. There were about 5 buildings in Chugwater, one of which was the old Chugwater Cabins and Hotel which is closed. 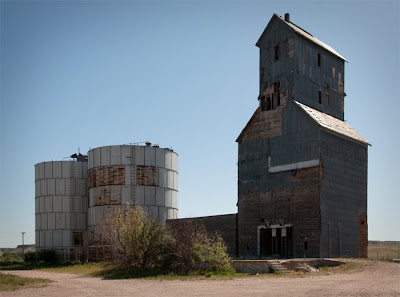 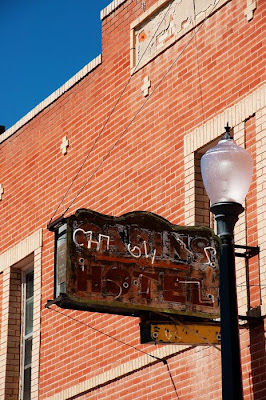 Every once in a while you find some color amongst the brown and tan. 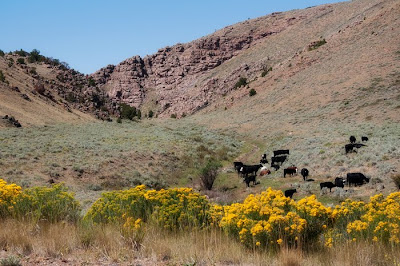 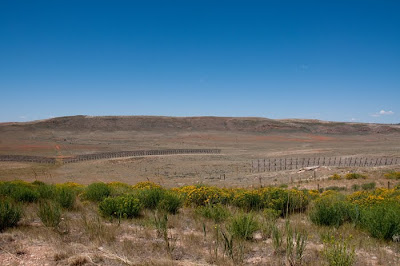 Here comes the Union Pacific. We were told that there are typically 60 trains traveling this track during a day. I doubt it since we only saw one which we followed from Bosler into Laramie. 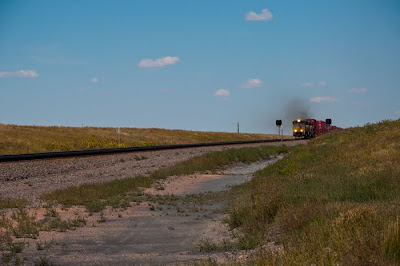 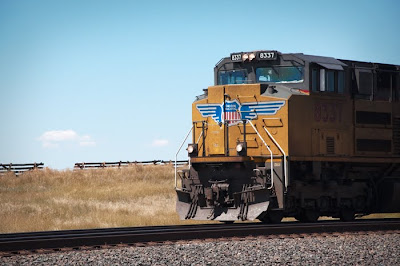 Our plans were to go to the Cavalryman for dinner. I love it and they have great steaks. But, Tommy had found an ad in the Laramie Boomerang for a cookout hosted by the Albany County Cowbelles. So we decided to try that rather than eating at the Cavalryman. For $10 each we got a sirloin steak, baked potato, slaw, brownie, tea or lemonade. As Tommy said, “…best $10 steak dinner I’ve had.” This was actually at a ranch so we walked back to see some of the bulls. 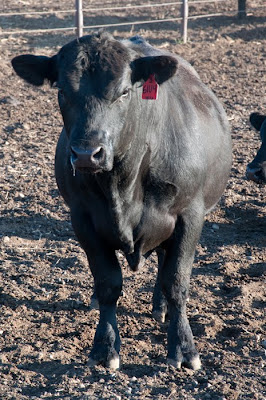 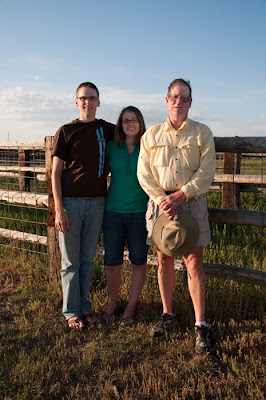 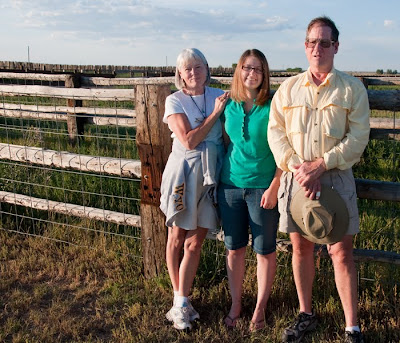