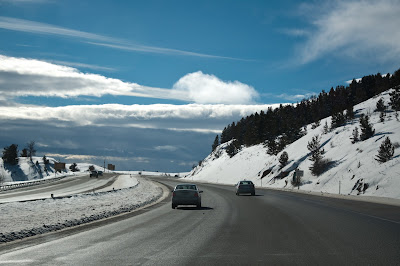 Sara and Hall flew into Denver and Evan drove down to pick them up. Tommy, Amanda and I drove from Laramie and met them in Ft. Collins.

Our first stop was for lunch at CooperSmith’s Pub & Brewing at Old Town Square. 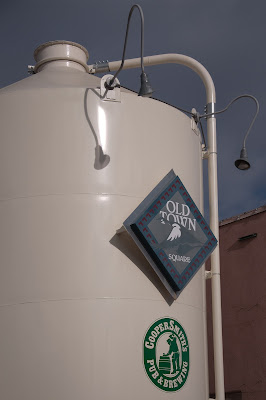 After lunch we walked down the street a bit to Equinox for our first beer tasting. Some people in our party liked these beers, not me. We actually left some beer for the people sitting at the table next to us. 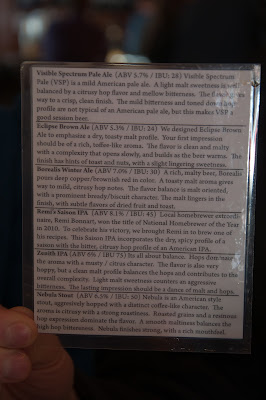 Our next stop was at Odell Brewing Co. I knew that I’d like this place because they brew Easy Street Wheat beer. I found another beer of theirs that I liked–90 Shilling. 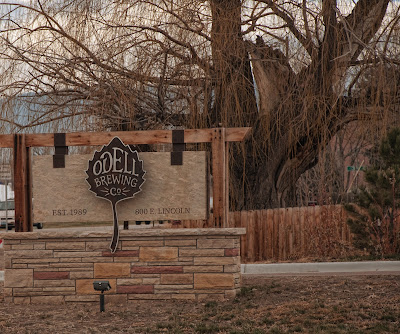 This is one of the samplers that we got at Odell. Notice the Easy Street glass is empty–Sara and I shared that one. 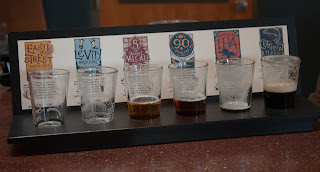 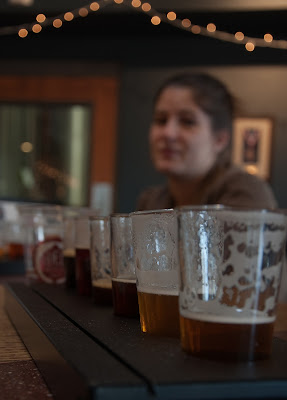 Sara’s contemplating on which beer to try next. One that she tried, as did we all, and hated was the “beet beer”. I don’t remember the name, but believe me it was nasty.

Then it was off to New Belgium Brewery for our tour. My favorite here was Fat Tire–no surprise to me as we’ve had this before. It is much better on draught than in a bottle though. In the past year or so they have expanded the areas to which they ship. Luckily, Georgia is one of the areas so now we don’t have to wait till we head west to get it. Another beer that was very unusual but that we all liked (including Amanda who is a beer hater) was La Folie. When our tour guide was describing the different beers, she said this one was very pungent much like a sour patch candy at first taste. She was so right and it was good although I don’t think that I could drink much of it at any one time. 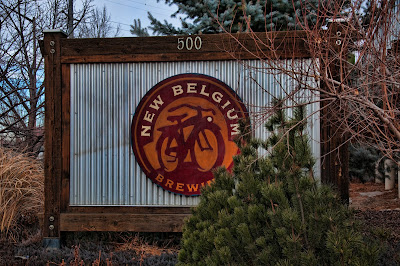 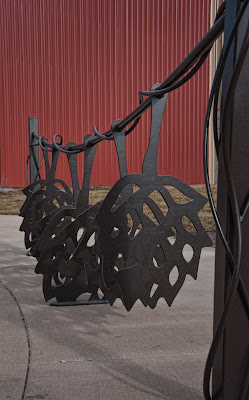 I wondered about the wisdom of putting people who had been drinking beer down a slide. But it was very tight–so much so that my shoes kept hitting the side of the slide and slowing me down (maybe not a bad thing). 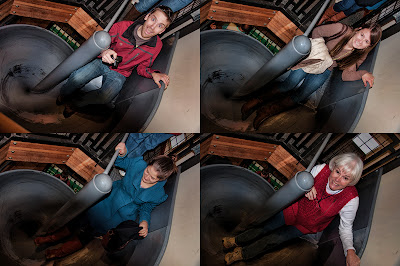 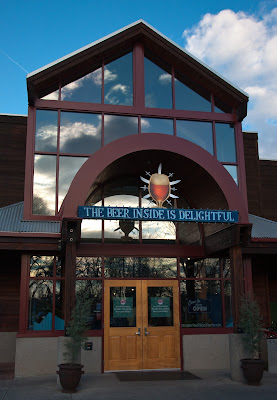 Tommy and I left the kids at New Belgium and headed home. On the drive from Ft. Collins to Laramie via Hwy. 287 we traveled through desert……… 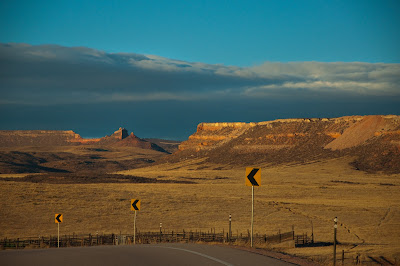 into the snow of the mountains. 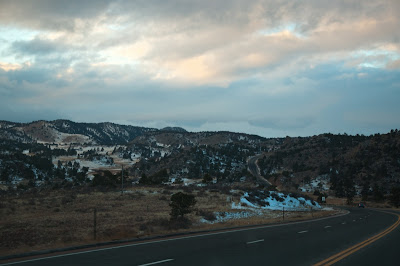 It was a fun day and Tommy and I were glad to have all the kids together with us.